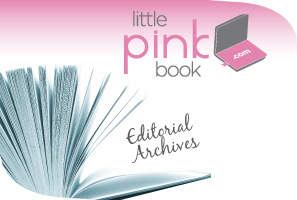 While we celebrate the New Year and begin working on goals for 2011, we remember the achievements of women trailblazers, activists and heroes who came before us.

We have bid farewell to many remarkable women, including celebrities such as Rue McClanahan, Patricia Neal, Lena Horne, and Dixie Carter. But some of the most extraordinary women in history did their best work out of the limelight.

Juanita M. Kreps (born 1921): The first female United States Secretary of Commerce from 1977 to 1979; Kreps promoted fair business tactics and laws, and worked to improve the social conditions of women and minorities.

Deborah Howell (born 1941): One of first women to lead a major U.S. newspaper, she contributed to The Pioneer Press receiving its’ 1st Pulitzer Prize and promoted news coverage of sensitive social issues such as AIDS.

Elizabeth Edwards (born 1949): A successful lawyer, political adviser, mother of four and a wife, Edwards faced intense public scrutiny after personal details regarding her marriage came to light, but never faltered in any of her roles

Elaine Kaufman (born 1929): Kaufman was the iconic owner of the NYC celebrity hotspot Elaine’s. She opened the restaurant in 1963 and was known for her larger-than-life personality and unwavering dedication to her business, which brought in everyday patrons and celebrities alike.

Dorothy Height (born 1912): Accepted but denied entry into her college of choice after the quota for black students (two) had been met, she became a social activist and leader in the Civil Rights Movement. Height was the only woman to share the stage with Martin Luther King Jr. during his “I Have A Dream” speech.

Bonus PINK Link: Read about the other five women we lost in our online exclusive.

“If one should say to you that the soul perishes like the body,
answer that the flower withers, but the seed remains.” Kahlil Gibran