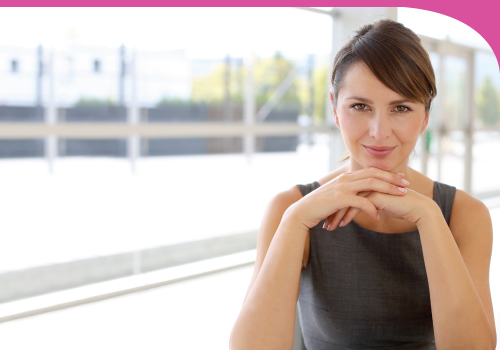 Marissa Mayer is a truly inspirational woman. After graduating from prestigious Stanford University, she became Google’s 20th employee, helping to navigate the business from a small start up to one of the world’s largest companies.

In 2012 she became president and CEO of Yahoo. Tasked with turning the company’s fortunes around, she embarked on a wide-reaching campaign which saw the company’s stock price increase by 73% within a year.

There are several lessons to be learned from Marissa’s phenomenal success. She has shown that with hard work, determination, and a flair for business, it is possible for women to break through the glass ceiling and rise to the top of their industry.

Listen to your employees

One of Mayer’s first moves when joining Yahoo was to improve employee-management relations. She launched an employee complaints program called PB&J, which is designed to ‘make the culture the best version of itself’.

Staff can vote on workplace issues, and if there are over 50 votes for a particular problem, management are obliged to investigate the complaint. The PB&J system helped to solve many problems – ‘1000 things, some big, some small’, according to Mayer – within a year of its launch.

However, the concept wasn’t just about creating a more efficient workplace. By reassuring the employees that management was working to resolve their complaints and concerns, Marissa restored a sense of confidence and satisfaction to the office – both of which are key to productivity.

You can have a family and a career

Raise a family, or focus on your career? This incredibly tough decision is faced by women all over the world, with many feeling that they have to give up their jobs in order to have a baby. However, Marissa has shown that it’s possible to sidestep the decision altogether, announcing her pregnancy on the same day she was revealed as Yahoo’s new CEO.

After spending just a few short weeks on maternity leave, she commissioned a nursery to be built for her new-born son next to her office at Yahoo, enabling her to get back to work almost immediately after giving birth.

Not content with just leading by example, she also vowed to make life easier for Yahoo’s pregnant employees. She doubled the amount of paid leave available for pregnant workers – from 8 to 16 weeks – and introduced an 8 week paternity leave policy.

When Mayer worked for Google, she invented ‘Nine Notions of Innovation’, designed to help the company grow. One of these was ‘hire not just the best but the most brilliant’. Mayer was so dedicated to the recruitment process at Google that she personally approved every single hire for the products group, despite being a top executive with countless other obligations.

She recognises the importance of hiring exceptional staff, no matter how long or laborious the process – one truly talented and dedicated worker can be worth five mediocre hires. An excellent academic record isn’t everything, as Marissa’s own career shows – during her university studies she also gained invaluable work experience by interning at SRI International and Ubilab.

Creativity and art are clearly important to Marissa – she sits on the boards of New York’s Cooper-Hewitt Museum, the New York City Ballet, San Francisco Ballet and San Francisco Museum of Modern Art.

She brought this love of art to the boardroom at her first job – one of her many responsibilities at Google was approving each distinctive ‘doodle’ before it appeared on the website’s home page.

Technology startups aren’t typically associated with artistic creativity. However, Google’s doodles are one of the company’s best-loved features, showing that creativity is important, regardless of your industry.

By securing a top position at Google just before it exploded in popularity, Mayer won herself lifelong financial security. Her net worth has been estimated at over $300 million, meaning that she could have comfortably retired years ago. However, she’s showing no sign of slowing down, as her most recent tenure as CEO of Yahoo has shown.

Mayer is evidently a fiercely intelligent woman – she specialised in artificial intelligence during her studies at Stanford, won two prestigious internships, and received a plethora of job offers from top Silicon Valley companies.

Clearly, money is not her sole motivation – she once stated in an interview that her priorities are ‘family and Yahoo’.  Her thirst for power and impressive business acumen have led to her phenomenal success.

As the CEO of one of the world’s most popular websites, and the first woman ever to claim the top spot in Fortune Magazine’s annual ‘40 Under 40’ list, Marissa Mayer is undoubtedly worth learning from.  Although her astronomical success is almost impossible to emulate, following her example could help you to become successful in your own career.

By Alexa Garthwaite
Alexa is Head of Marketing at ExecutiveOffices.co.uk.