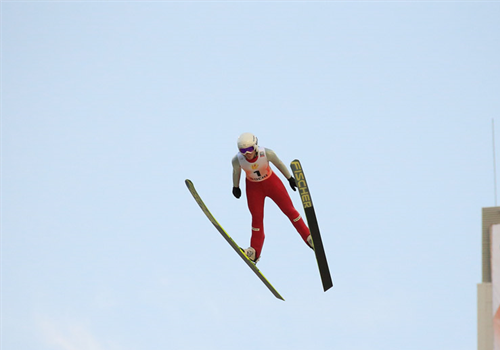 After more than a decade of lobbying, women’s ski jumping will finally take part in the Winter Olympic Games, held this month in Sochi, Russia. Previously, only men were allowed to compete in this thrilling Olympic event.

The female ski jumpers’ fight for participation has been a fierce one, including years of struggles and setbacks. Even after the International Olympic Committee (IOC) ruled in 1991 that all new Olympic events going forward must be available for men and women, ski jumping was not reformed because existing events did not have to abide by this rule. Over the course of the next 11 years and several Winter Olympic games, female ski jumpers lobbied and petitioned for their right to compete. Although they had their own world championships and records of jumps equal to and longer than those of men, the IOC continued to claim that women’s ski jumping “lacked international appeal.”

At long last, after a campaign that led them all the way to a Canadian courtroom, the IOC announced in April 2012 that women’s ski jumping would be added to the 2014 Winter Olympics in Sochi.

Twenty-six year old Jessica Jerome secured her spot on the US Olympic Ski Jumping team in December when she won the Olympic trials. On January 22, it was announced that two of her US Women’s Ski Jumping teammates Sarah Hendrickson and Lindsey Van will join her on the road to Sochi. Jessica Jerome and Lindsey Van, who won the first world championship in 2009, were among the 15 original plaintiffs who sought Olympic gender equality for Ski Jumping. 19-year-old reigning world champion Sarah Hendrickson suffered a tremendous injury in August 2013, tearing her ACL, MCL, and meniscus in her right knee during training. She has worked tirelessly over the past 5 months in intense rehabilitation and is back to ski jumping as of the past month. Her nomination to the US Olympic Ski Jumping team is a realized dream that she refused to let an injury take from her.

Jerome, Hendrickson, and Van (all hailing from Park City, Utah) could be joined at the Olympics by another teammate or two this February.

Female ski jumpers have finally won their equality, and the world can’t wait to watch them fly. The sight of them soaring across the sky will be a satisfying symbol of success.

This is truly a leap of Olympic proportions!

By Ariana Feiner
Feiner is the author and creator of It’s a Jolly Holiday with Ariana: Celebrating Global and Lesser-Known Holidays.