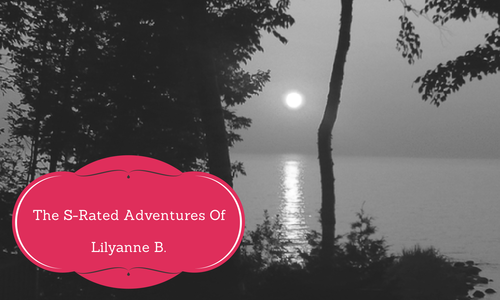 Lilyanne B. Does It On The Beach August 21, 2014Life ArticlesOff

It’s been a tough week for Lilyanne B. The gigantic fish fry for the town with population 1,200 is just one month away and it’s not been easy working with Important Client Evelyn F. The woman has recently put Lilyanne’s patience to the test, requiring her to visit every fresh fish supplier across three counties. Should they serve white fish? Perch? Lilyanne suggests she add Captain Highliner to the list of possible options, and Evelyn gives her a dead-man stare.

Lilyanne is ready for a break. She asks Paul –  her beautiful, Adonis-like husband – if he thinks they should take time off. In actuality, Paul is not Greek God-like. But he is slightly taller than average, pleasant looking with lots of brown hair. He looks very nice in v-neck sweaters and khaki pants, but instead usually opts for almost threadbare Budweiser T-shirts ($7 sale at WalMart). Working at home has its advantages (for him, not her).

Paul suggests that the family rent a cottage on the lake for a few days’ escape. At first Lilyanne is a little unsure. There is virtually no one that will take their attack cat Warren, who is known to suddenly growl and launch himself at any human leg without a second’s notice, claws entrenched and working down the thigh’s flesh like a trowel through fresh garden soil.

Pet arrangements finally made, the family of three pack their bags and head out to a beautiful cottage escape on Green Lake, just two hours north from their suburban dwelling. It is humid and hot in the last stretches of August, so Lilyanne is happy to go into hiding with her misbehaving hood of hair. Once there, the family notices that the cottage isn’t quite as beautiful as was reflected in the photos online. There appears to be a third floor missing, and what was called an observation deck overlooking the lake is in fact two slabs of concrete (complete with poison ivy sprouting between said slabs) with two rickety, splinter producing Muskoka chairs. Lilyanne is wondering about the sign above the toilet: If you hurl, please Lysol and swirl.

Lilyanne sets herself in motion, cleaning and unpacking groceries and clothes like a madwoman for the next two hours. Finally, leaving Paul and Teague in the kitchen to make tuna melts for dinner, Lilyanne grabs herself a Palm Bay beverage and heads down to the beach.

It’s approaching sunset and the gap between lake and sun is rapidly closing. The sky is growing increasingly pink and orange, brilliant with hue. The water becomes quiet and Lilyanne is certain she hears a loon. Sure enough, there it is out there, dipping its head under the surface to snatch some dinner. Lilyanne fleetingly wonders if the fish is perch or whitefish or Captain Highliner. And right after, the uncontrollable image of the loon snatching Evelyn F. from the depths and flinging her into the air presents itself. However, she quickly shakes her head, evicting the interloping thought out of her head.

The cottage might be a bit run down and isolated (the first thing the trio did was to hang their grocery bags from a tree). It might not offer cruise ship amenities (unless you count four moldy lifejackets amenities). But as Lilyanne B. looks out at the lake and finds herself mesmerized by the emerging dark outline of trees on deepening fuschia sky, she takes a deep breath and smells…fresh air. She hears the birds emitting their last goodnight calls before settling in, and hears the crickets tuning up their instruments in the orchestra.

Lilyanne realizes that features of luxury can add comfort and convenience and pleasure, fueling the hedonistic soul. But she concludes after a few quiet moments in front of this vista that these extras – so lauded by travel magazines – provide diminishing returns after a certain point. Sure, being handed a tropical cocktail at check-in is lovely. And sure, time away from Warren allowing flesh wounds to scab over is appreciated. But at the end of the day – literally – with this kind of sensory input – Lilyanne knows that the peace and rejuvenation she feels inside is perfect.

And then she does it. Lilyanne suddenly relaxes – she is happy.

Please stay tuned for the next chapter of the S-Rated Adventures of Lilyanne B.

Carolyn Parks is Publisher of  SlowStruck.com, a lifestyle site brimming with ideas and inspiration on how to take time for the ultimate rush. Visit her site to read posts by talented contributors in areas of relationship, career, food, leisure, health and wellness and more. She can be found on Twitter (@SlowStruck) as well as on Facebook, Google+ and LinkedIn.