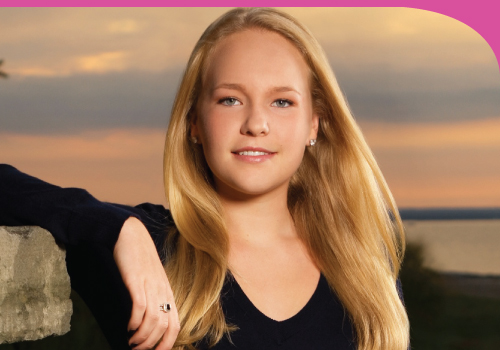 You’re inching along in traffic – one hand on the wheel, the other applying mascara. Do you know what exactly you’re putting so close to your eyes?

No; but, research shows women who wear makeup have a competitive edge. So you keep layering it on.

And, two consecutive FDA investigations found lead in 100 percent of brands tested, including well-respected national brands such as Cover Girl, L’Oreal and Avon. High end brands like M.A.C. and Dior, too. Even “natural” brand Burt’s Bees tested in the middle range.

Reports also indicate it only takes 26 seconds for these toxins to be absorbed into your bloodstream.

“I had no intention of starting a business. Ava Anderson Non Toxic launched out of necessity,” says founder Ava Anderson. “It kind of fell into my lap.”

After extensive research into the hundreds of chemicals and toxins we apply to our skin daily, Anderson became frustrated with the lack of safe products available.

So, she created a line of her own.

Dozens of her consultants will hit six figures this year.

She insists the health message behind her company is what’s most important.

Her number one piece of advice when shopping for cosmetics?

“If you see the ingredient fragrance, all bets are off,” Anderson tells PINK.

Manufacturers are able to hide lots of nasty ingredients under that label.

Bonus PINK Link: Could a Vampire Facelift give your career a boost?

How much time do you put into reading labels on cosmetics?