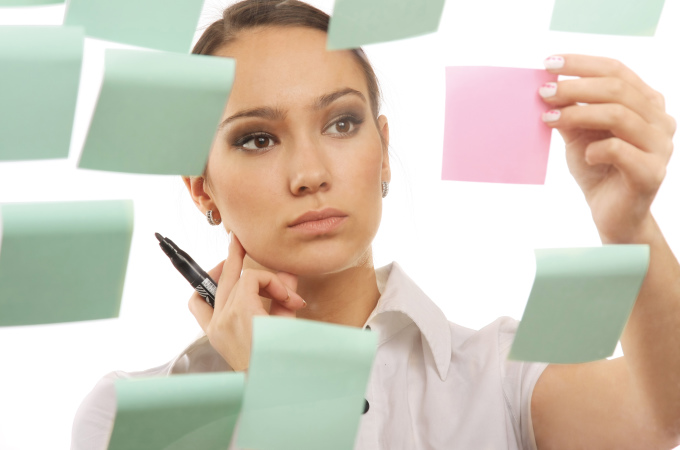 This Is What Rich People Know About Money That You Don’t November 14, 2016My MoneyOff

Financial advisers see all sorts of people during the course of their careers. Some are rich and doing very well. Others are poor, and they need all the help that they can get.

Over the course of a career, many financial advisers learn what it means to be a wealthy person. They learn what traits and habits the wealthy have. And they build up a good picture of what it takes to build an empire. It’s not accidental, as some people believe. It’s a result of their lifelong decisions and actions.

Many people have this idea that some people just get lucky. Rich people one day get a break and then all of a sudden they shoot for the stars. But the idea that luck drives everything is both false and dangerous. It’s false because success doesn’t rely on one lucky outcome. It relies on people performing day after day in what they do. It’s dangerous too. It’s an idea that denies individual agency. If everything is just down to luck, what’s the point in trying?

The good news is that everybody can put into practice the habits that make people rich. Let’s take a look.

You’ve heard the saying “the early bird catches the worm.” It’s the idea that the people who get involved early are usually those who succeed in the long term. One area where this applies is in the realm of saving and investing. Those that save early get the biggest returns on their investments.

Let’s say you’re planning for your retirement. Suppose you invest $10,000 today and let it grow for the next forty years. How much money would you end up with if your savings grew at 8 percent per annum? It turns out that you’d wind up with over $217,000, nearly 22 times the original investment. Let’s say instead that you wait ten years before saving for retirement. Suppose this time you invest $20,000. Incredibly, you’d actually end up with less money than if you’d invested $10,000 ten years early.

The moral of the story is the earlier you can start, the better. Don’t wait for the future to arrive before you start saving.

Manually taking money out of your bank account and putting it into your savings account is time-consuming and annoying. What’s more, it’s easy to give into the temptation to spend all your money before the month is up.

To avoid falling prey to temptation, the rich automate transfers out of their accounts. They set aside a certain chunk of their income every month, no matter what. And then they spend whatever is left, once the money has been taken out. Effectively, the rich force themselves to behave in their own best interest in the long-term. They create the conditions in which financial prudence is as easy as possible.

There’s a growing phenomenon that’s being dubbed “the secret millionaires.” These are people who still live in the same houses they lived in forty years ago and drive the same banged out cars. They don’t want to showcase their wealth. Instead, they’d rather built it quietly and in a way that is unassuming. Many people live next to these secret millionaires and don’t even know it.

This sort of behavior is very common among the entrepreneurial class. Many entrepreneurs got to where they are today, precisely because they shirked the opulent trappings of modern life. They just got on with building their businesses and adding value. Their money was just a byproduct of doing the stuff that they love.

The rest of us can learn a lot from this attitude. It shows that being wealthy is about more than just making money. It’s actually about living below your means and reinvesting the money you save to grow your business further.

With the rise of personal loans, debt has become a big part of our lives. But when it comes to debt, there’s a big difference in attitude between rich and poor. The poor see debt as something that is a burden that they have to pay off. And paying off that debt means giving up some consumption in the future. The rich, however, see debt differently. Instead of seeing it as something that makes them poorer in the future, they see it as something that makes them richer. Debt is a tool that they can use to build their future wealth faster than if they didn’t have access to it in the first place.

For instance, the wealthy often use debt if they see a business opportunity. Rather than waiting to save up the money they need, they get it from somebody else and put it to work immediately. Debt, therefore, is a great tool to build your wealth faster, even if you don’t have the funds to do it yourself.

They Stay Educated And Up To Date

What is it that separates top investors from the run-of-the-mill? Often you’ll find that top investors never stop learning about the world and their investments. Take legendary investor Jim Rogers, for instance. Here’s a man who spends upwards of six hours a day just reading about what’s going on in the world and trying to make sense of it. He looks for connections between different data points that will help him to better predict the future. And he uses his predictions to assess where stocks and share will next rise in value. For instance, he’s been bullish on southeast Asia for a long time, despite the political upheavals in this region. And recently, we’ve seen a significant uptick in economic activity in these areas. It turns out that Mr Rogers was right again.

The bottom line is that being wealthy requires a combination of things. First, you need to be somebody who is able to defer gratification to the future. If you’re constantly going on shopping sprees and going into debt, you’ll never build wealth. And second, you’ve got to be educated about the world. Information, not capital, is the key to getting filthy rich. And rich people know it.