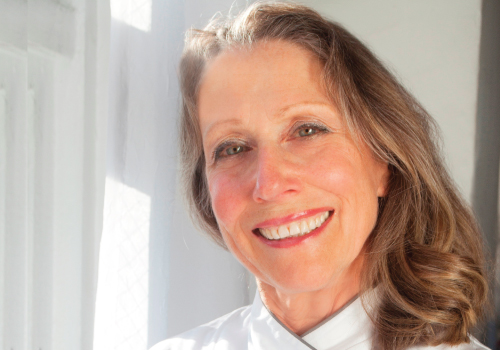 A Recipe for Success

Sarabeth Levine’s story begins with the resurrection of a marmalade recipe, which belonged to her Aunt Ruth’s mother-in-law. She was given the recipe from a neighbor in the Bronx as a means to support her family through the Great Depression, if necessary. The secret recipe for this Orange-Apricot Marmalade was taught to Levine several years after Aunt Ruth’s mother-in-law passed away. As fate would have it, the recipe which Levine saved from disappearing forever was the very thing that began her culinary career.

With her initial investment in 1980 of merely $100–used for ingredients and supplies–and the help of her husband Bill, Levine has grown her business and personal brand exponentially over the past 32 years. From a woman selling her signature marmalade from the kitchen of her Manhattan apartment to an internationally known baking icon, this self-proclaimed “Goddess of Bakedom” was a pioneer in personal branding.

Levine’s in-home business quickly grew into a small bakery the following year, and her offerings expanded from the original Orange-Apricot Marmalade to baked goods and other “Legendary Fruit Spreads,” now available in 14 varieties. By 1985, Levine had been named the “NYU Small Business Woman of the Year,” and her Orange-Apricot Marmalade had been awarded the “Domestic Fine Food Award.” Her success continued when, in 1996, she received the “Outstanding Pastry Chef of the Year Award” from the prestigious James Beard Foundation.

Today, at 69, this New York City grandmother is showing no signs of slowing down.

Sarabeth’s brand, boasting $40 million in revenue, includes 9 restaurants, one international location which recently opened in Japan, one wholesale bakery, a 15,000 square-foot jam factory, and a best-selling cookbook with another in the works. In addition to her brick and mortar locations, Levine fills orders for her tasty jams and treats via mail order and at over 5,000 retailers globally.

A champion of healthy eating after embarking on her own weight loss journey, Levine has expanded her product line by offering lower calorie foods such as her Morning Cookie, a 3-point Weight Watcher treat, in addition to her more decadent offerings.

Despite the growth the Sarabeth’s brand has experienced, the beloved jams are still made according to the original method – each piece of fruit hand-cut and each small batch simmered to perfection.

Who would have guessed that a woman with no formal baking training, whose resume consisted of a variety of jobs including working as a substitute teacher, insurance saleswoman, dental assistant, and bathing suit designer, would become such a successful pastry chef and businesswoman—creating an internationally known brand from one almost-forgotten jam recipe?

Little PINK Book: Your business has grown quite a bit over the years. What would you say is the secret to your success? What’s your philosophy?

Sarabeth Levine: I love what I do … You have to be committed. Stick to what you know and what you love. Give your best every day. I’m in the kitchen cooking up new recipes with everyone else. If I don’t like it, we don’t sell it. I stand behind the product. I am very direct in what is Sarabeth.

LPB: You were resistant to expansion in the beginning, but you now have several stores in New York City and recently opened your first international location in Japan. Who or what encouraged you to expand domestically, then internationally?

SL: My business partners. They take care of business and allow me to stay creative. You have to get a good group of people around you to grow – people whose strengths complement your weaknesses; people who are as smart as, if not smarter than, you.

SL: The Japanese people – they just love our products. People would come to New York and come to our stores, and they just kept coming back. We started selling preserves in some of their department stores, and we were approached by a great group that was interested in opening a store. They’re really wonderful. The vegetables and fruits over there are so beautiful, and their culture has an appreciation for precision and perfection. I was there for the grand opening and it was just… It was great.

LPB: Your husband is one of your business partners. What is it like working together?

SL: He’s fabulous! He knows me. When we decided to open the restaurant in Japan, he says, “Sarabeth, I need you to meet these people. They want to meet you.” And, at first, I don’t want to meet with them. I say I don’t have time. I need time to think it through. When I’m done kicking and screaming, he knows I’ll do it. I trust him.

LPB: What is your biggest weakness as a leader?

SL: I don’t want any mistakes. It was hard to learn I couldn’t do everything. I like to have my personal touch on everything. I’m the kind of person that you bring a new idea and I say, “No, no, no. That’s not going to work. I don’t like it.” Then, I start to think about it over time and say, “OK, that’s actually a good idea.”

LPB: What’s the biggest risk you’ve taken for your career?

SL: I’m a free person, but not a risk-taker. I don’t take risks to do things. I’m conservative. I do things when the time is right. I have to think it through. I’m not fickle. I don’t like to worry about business. I like to sleep.

LPB: What’s the biggest career obstacle you’ve faced? How did you overcome it?

SL: I’d have to say expansion. When you have to make more jam than you have room and storage for, you have to decide if you’re going to move to a bigger space or make it work. It happens every year around this time. Right now we’re making it work, but this time I think we will have to take that next step, expansion and a new home for our production.

LPB: You have another cook book coming out soon. You’ll be opening a new restaurant on Park Avenue in February – your biggest thus far. And, you’re looking into opening another location in Japan soon. Sarabeth has a lot going on! When do you find time to relax?

SL: I come home [from a long day], kick off my shoes, change into some comfortable clothing, pop in my favorite chair and watch my two favorite TV shows or knit. I love to knit. I’m also a golfer.

LPB: What are your two favorite shows?

LPB: What do you think is the biggest concern for professional women today? Is there something we should be doing better?

SL: What do you mean? We don’t have to be better at anything. Women are already great! We just have to put ourselves in position. The only ceiling that stops you is yourself. I don’t think it’s a gender thing.

SL: If you have a concept, don’t try to be someone else. Stick to your own style.

LPB: How would you say you define success?

SL: [I wake up each morning] so excited to have another day in my life to come do what I love

LPB: What kind of legacy do you hope to leave behind?