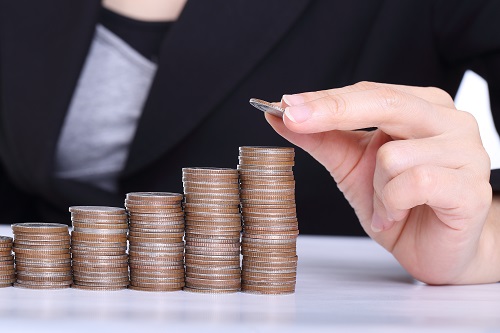 Should Gen-Zs Start Worrying About Their Financial Future? August 1, 2018Featured, My Life, My MoneyOff

The oldest members of Generation Z have recently left college and entered the workforce. For some, learning how to handle their new money and expenses will be an education unto itself. They can start by learning from the money-managing mistakes of previous generations.

As I read Pennies to Power by financial management coach Tom Graneau, he points out that most millennials, for example, aren’t doing a great job of saving money. About two-thirds of them, according to the National Institute on Retirement Security, have nothing saved toward retirement.

As a Baby Boomer who once went bust, Graneau tells PINK that his past financial challenges are a reason he wants to help educate young people now on the pitfalls of over-extending financially. The worst financial mistake Graneau believes a young adult can make – and one he made – is buying a home the moment one gets out of college.

“The last thing you want to do is get into home ownership when you’ve just finished college, don’t have the secure job, and have loads of debt; I see home ownership as the No. 1 factor leading to financial negatives in our country,” says Graneau. “You have a country where the banking system, real estate system and government tells us to buy homes, yet most can’t really afford the mortgage long-term without a plan in place.”

“Most of your mortgage payment goes only to interest the first few years. What they will pay in interest over the long run is mind-boggling, and it often dwarfs any equity they have in the home.”

Many millennials, however, buried in student loan debt – another thing younger folks and families should avoid “at all costs” – are finding they can’t afford to be home owners. Forty-five percent of millennials’ income is spent on rent before they reach the age of 30, according to a study by Rent Cafe.

“That’s fine; they should rent as long as possible,” says Graneau. “You will never spend as much in rent as you will buying a house.”

In the early 2000s, Graneau found himself in significant debt at the same time he was living stylishly and counseling families on how to overcome their financial issues… how ironic, yet to some, our world belongs to the Joneses.

“The outside world thought I was doing fine, but I was as broke as those individuals I worked with,” Graneau says. “I was about 40 and I had to look at my situation deeply. My salary was stagnating, I was in a multi-million-dollar home and I realized I couldn’t pay that mortgage the rest of my life.

“I lost my job and lost my house. I started recovering by shedding as much debt as possible and saving as much money as possible,” he continues.

It was then he started investigating what’s wrong with America’s financial picture. Why are older folks so mired in the debt problem and depending mostly on Social Security? Why does each generation overextend on credit and so many live paycheck to paycheck? The problem, he says, is largely traceable to a lack of financial education and discipline.

“Our society has done a poor job at teaching people how to save as well as construct a real budget and stick to it,” Graneau says. “It doesn’t emphasize limiting debt and saving money, for this reason, many people are in trouble.”

These “many people” may hide it well, along with their dirty laundry, but who are they truly hurting? And, while many are blaming government or others for the size of their paycheck, they need to ask themselves and answer with raw truth: Am I facing a lack of funds issue or am I knee deep into a lack of self-discipline?

Graneau, along with the many names I have read, such as Dave Ramsey and Cynthia L. Simmons, recommend putting away 15 to 20 percent per paycheck, or whatever a person can afford, then increasing when they can.

In our social media consumed, “I need to have it,” mentality, this is a hard lesson to portray to younger people, and to women across the ages. Yes, as woman… I know. But, we should never spend all of our paycheck. Instead, let’s always put some of it away. Deal?

“Your decisions from today forward will affect not only your life,
but also your entire legacy.” -Dave Ramsey