It’s 1992 and I’m trying to figure out what I’m doing wrong. I had always been a high achiever – graduating in the top 1 percent of my high school class. I was an honors student, participated in student government through college, and competed on the national level in college debate competitions. I even finished the coursework for my Master’s degree in 16 months. But in 1992, five years into my professional career, I had now been fired – twice!

The first time around, I lasted only 11 months. It was a demanding environment – an organization that went from 100 to 160 employees in those 11 months. Twelve hours days were not only common – they were expected. As the workload was piled on, I didn’t know how to say no, and the stress kept building. I suffered from migraines and took such strong medication that I lived life in a fog. On top of everything else, my boss was insecure and uncommunicative. The best gift I could have received was my pink slip – as it gave me a chance to start over.

The second time around, I thought I had learned from my mistake – In less than six weeks, I had found another job – making 25 percent more money than the previous position. I still worked 12 hours days, but I was asking more questions and requesting help when I needed it. My boss not only challenged me, it taught me everything he knew. The migraines went away, the company flourished – growing from six to sixty million in revenues in four years, and I couldn’t have been happier.

Then the bottom fell out – for me, not the company. I was running marketing, and our organization was well positioned for growth. But my boss was transferred to head up a newly acquired acquisition, and once more I was now reporting to an insecure and uncommunicative boss. One day, I overheard a conversation between “the big-bosses.”

The part of the dialogue that dumbstruck me was: “A woman will never run marketing at this company!” As a result, I retreated into the depths of what I knew – working harder, proving “this woman” could this. Unfortunately, the harder I worked, the more insecure my boss became. I lasted less than six months before the next pink slip was handed over. Each time I was fired, it felt like all the equity I was building in myself was robbed from me. It was like going bankrupt in my career profile. But just like a financial restructuring, it does allow you the chance to start fresh – and hopefully learn from your mistakes.

Fast-forward 20 years – today, as the president and CEO of Clearfield, Inc., a publicly traded organization listed on Nasdaq, I’ve handed out my share of pink slips. But, every time I do, it’s not without a knot in my stomach and lump in my throat about what could I have done to prevent it.

So what do I do differently today? It’s pretty simple: Don’t work for or hire insecure people – they will only drag you down.

I have the great fortune of working with some of the brightest, most self-confident technologists, sales people, administrative specialists, marketing gurus, production workers, manufacturing professionals, procurement agents, and bean counters in the world. I’m proud of my first five years – and two pinks slips. I believe that early experience made me a good leader.

Cheri Beranek is president and CEO of Clearfield, Inc. 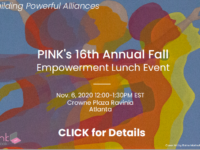