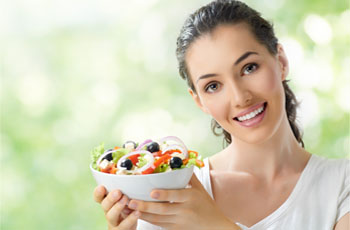 Bargaining for better rates on business and personal services – from rent to shipping – can be easier during down times. Here’s how to make a lousy economy work for you.

When I was 17, my father sold me the old family car for $5,000. As we shook on the deal, he said, “Caveat emptor.” Translation: Buyer beware. A few weeks later the car broke down, an outcome neither of us had predicted. I was pretty upset and felt I had gotten a sour deal, but the experience taught me an important lesson about negotiation: Do your homework, know your budget and don’t assume fairness.

For company owners, business managers and all other savvy professional women, there is a lot more on the line when negotiating with suppliers and service providers than a teenager’s desire for mobility, especially in tough economic times. Preparation, creativity, guts and a little women’s intuition are key ingredients that can give you the upper hand. Even the recession itself has the potential to become an advantage.

How? One of the few upsides of a contracting economy is an empathy factor between businesses or individuals and their suppliers. Everyone feels the pain of slower growth, and at such times partners are more interested in keeping their customers than having to go out and find new ones. Ann Buivid, co-founder and managing partner of Artemis Woman, a home spa and beauty products company, recently renegotiated rent on company office space. She prepared a list of grievances about the space and asked for a discount, to which her landlord agreed. She had some leverage because her landlord is also an investor in her business, but both parties also understood that the depressed retail environment was putting pressure on her bottom line. “In good economic times,” she explains, “we would have automatically been able to pencil in an increase.”

Ask and You May Receive

The first step in any negotiation, while simple and obvious, is often the biggest hurdle: Asking. “Everybody is usually willing to talk,” says Stephanie Hanbury-Brown, managing director and founder of New York-based angel network Golden Seeds, which invests in and advises women entrepreneurs. “Half of the battle is to get the dialogue going.”

Laura Joukovski, vice president of finance and operations at Tea, a children’s clothing company, recently negotiated a lower rate with UPS for shipping. “We have very little leverage with UPS,” Joukovski says of her small business, “but I called and very nicely said, ‘What can you do for me?’ And suddenly we’re paying less.”

Beth Ferguson, president of design company 2Jane, found that she could get more exhibit space at trade shows for almost no additional fee by calling a few weeks before a show and asking if any booths were unsold – a common situation today with marketing budgets tapped out. Trade shows account for 80 percent of 2Jane’s marketing costs, so getting more for less is a big bonus. “We paid full price for one booth, and then I asked for extra space,” she remembers. They quoted her a $10,000 price – out of the question – so Ferguson asked, “What about something you can’t sell to anyone else?” Suddenly there was an alternative on the table – “the best $500 we ever spent,” she says.

But negotiating isn’t easy. It’s common to go in with certain ideas of an outcome and be surprised at how little the result matches expectations. Ellen Knebel, co-author of several case studies on negotiation, says a good first step toward success is to “be aware of your negotiation environment.” She suggests setting a specific meeting time in a familiar venue and having an agenda with precise parameters. That can limit surprises and increase your chances of a positive outcome.

Controlling the environment does not necessarily mean being antagonistic or aggressive; it just means knowing what you want out of a discussion and understanding your counterpart’s needs and desires. After identifying her warehouse as one of Tea’s biggest costs, Joukovski set the stage for negotiating a new deal with her vendor of five years. The relationship her company had with the warehouse provider was much more involved and intimate than its business with UPS, for example, so she made the meeting a fun and positive event to highlight the importance of the partnership – buying pizza for the crew, giving a massage gift certificate to the supervisor and planning a face-to-face with the manager. She used a long-term view to emphasize the importance of growth to both parties and the effect that increasing costs have on her business during the slower economy.

Of course, negotiations are not always straightforward – and not always about price. “When there is an economic downturn, with more competition for fewer things,” Knebel says, “women need to have the creativity to look beyond a negotiation based solely on price.”

Katrina Markoff, CEO and chocolatier of VosgesHaut-Chocolat, got a good deal on printing because the printer can use the work for her brand as a showpiece to attract more high-end clients. And Ferguson of 2Jane says that people often overlook payment terms – a way to preserve cash that is especially important for small businesses, particularly in a tough economy. She often asks for payment periods longer than 30 days, or offers to split payments, paying half in 30 days and half in 60 days. It helps that 2Jane works with a lot of local suppliers that are comfortable with the payment plan because they know her and her business personally. They are also small enough that her business has an impact on them. “Think outside the negotiation and think creatively,” Knebel says, “and then you will win.”

When the economy is good, it’s important to remember that the goal is to save money and build relationships that are both useful and respectful.

When the economy is bad, “you have to be draconian about it,” Buivid says. “It’s about survival today. And as Donald [Trump] would say, ‘It’s just business.'”

It’s not unusual to negotiate a better rate for business services, but it’s rarely something we consider in our daily lives. A little creative thinking can help boost your personal bottom line in lean times. Here are five tips:

Let the giants fight for you. Call your phone company and ask for their best deal. Then call their competitor, ask them to beat it, and sit back and watch them battle for your business.

Think overhead. A hotel has to pay for all the things that go into operations, whether it’s full or not. So why not offer 75 percent of the stated rate? Businesses will choose some revenue over no revenue.

Waive the fee. If you’re generally a good customer, ask your credit card company to waive the late fee on a missed payment, or even the card’s annual fee.

Plan off-peak. Pick off-peak times for weddings, parties, vacations and other indulgences – and ask for a discount.

Barter. If cash is tight, why not trade goods and services with others in similar situations?

This article originally appeared in the Q2 2009 issue of PINK Magazine.