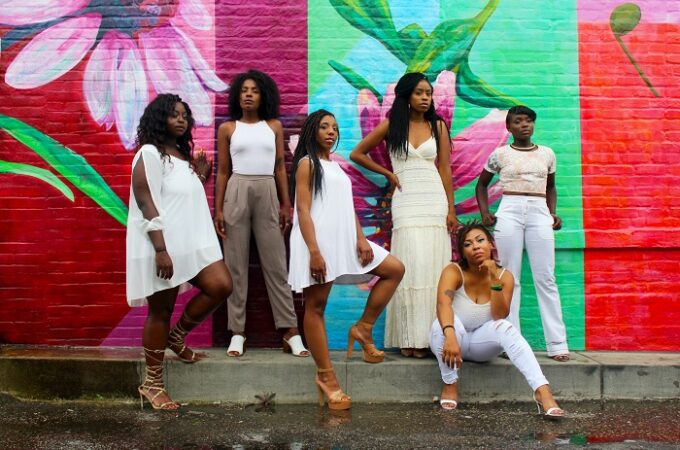 This month, August 2020, marks the 100th anniversary of the passage of the 19th Amendment, guaranteeing and protecting women’s constitutional right to vote. However, this historic milestone in democracy did not provide opportunities for all women. Black women in southern states still faced the racial terrorism that prevented them from voting, regardless of the new Amendment. It was not until the Voting Rights Act was passed in 1965 (45 years later) which prohibited racial discrimination in voting, that all women, regardless of race, were afforded the right to vote.

These disparities in rights between white women and women of color extend beyond the ability to vote and remain entrenched in our culture and especially in our modern-day workplace. For the past five years, LeanIn.Org and McKinsey & Company have run the Women in the Workplace study, the largest study on the state of women in corporate America. Each year the data indicates the same conclusion: The workplace is worse for women than for men, worse for women of color than white women, and for Black women, in particular, it’s worst of all.

Based on American Community Survey Census data, white women are paid $0.79 for every $1.00 a white non-Hispanic male earns, whereas Black women are paid 21% less than their white female counterparts earning $0.62. Compounded over a 40-year career period, a Black woman will lose nearly $1 million in income due to the disparity in pay. Yes, you read that correctly- $1 million! Dr. Candace Steele Flippin, a Communications Executive and Multigenerational Workplace Scholar tells PINK, “No woman deserves to have her contributions discounted. It has been documented the wage disparities attribute to an income loss of over $23,000 a year and over $950,000 over a career lifetime for Black women. The loss of wage impacts the family, community, and our economy.”

In addition to disparities in pay, Black women face added microaggressions at work, more so than other demographics. Microaggressions are defined as a statement, action, or incident regarded as an instance of indirect, subtle, or unintentional discrimination against members of a marginalized group. Forty percent of Black women indicate their competence and their judgment is often questioned in their area of expertise according to Lean In. These factors negatively impact performance, engagement, and the overall job satisfaction of Black women.

The workplace can seem like a dismal place for Black women to thrive based on these statistics. But workplace experts say with challenges come opportunities, and that companies have the power and responsibility to rewrite the narrative that plagues women, especially women of color.

“We cannot change what we are not aware of, and once we are aware, we cannot help but change,” said Sheryl Kara Sandberg, Chief Operating Officer (COO) of Facebook, a philanthropist and founder of LeanIn.Org.

“When leaders evaluate the wage gap within their organizations, they are taking actionable steps to create an inclusive and equitable workplace,” says Dr. Steele Flippin. “I believe the first step is to take a hard look at where the gaps are in the pipeline.” “Once you know where the discrepancies are, i.e. too few Black women in leadership roles and/or with P&L responsibility, you can set and meet your own goals for change,” says Cynthia Good, Editor & CEO, Little Pink Book or PINK. PINK consults with companies to identify discrepancies, evaluate goals for impactful change, and develop strategies to help high potential women move into and thrive in leadership roles. Good adds, “The old excuse, ‘we can’t find any women of color to promote,’ is merely a mandate to look harder to find capable women. We know they’re out there!”

Companies that successfully advance minorities, pave the way via open platforms that allow for two-way communications. While there is a reluctance to address issues of race and gender in the workplace since the topic can be uncomfortable to discuss, experts say it is essential to have these difficult conversations in order to remove systematic injustices in the workplace. Avoidance of the topics, specifically of gender and race, creates barriers to eliminating sexism and racism at work. What can organizations do?  “Get comfortable with being uncomfortable,” says Charlene Wheeless, a renowned communications expert, author, and speaker with more than three decades of experience in corporate communications. She adds, “These experiences and conversations can be tough. That’s a good thing. Being uncomfortable means we aren’t just listening, but we are hearing the concerns and issues and are assessing our biases.”

Organizations that have created a culture of inclusivity, empower employees to speak up and speak out against workplace discrimination.  Allyship can benefit employees regardless of position. Allyship includes speaking up against discrimination when it happens and supporting, mentoring, and advocating for women of color.  According to an online poll conducted by LeanIn.Org and SurveyMonkey, 80% of white employees consider themselves allies to people of color at work. However, only 45% of Black women say that they have strong allies at work. “To be a true ally, it must penetrate everything you do and revolve around your life. Always ask yourself, who is at the table, and who’s not, and be willing to have the courage to stand up when something is not right,” says Meg Reggie, founder of The Just Alliance, a bias disruption partnership dedicated to providing awareness of unconscious bias within organizations and disrupting it to generate a positive shift in culture and improve financial performance.

“This is a time of transformative change,” says Reggie, “so take a hard look at your organization and develop goals and targets with specific dates to hold yourselves accountable. Black job candidates are, and have been, at a structural disadvantage for years.” She encourages companies to be mindful of not continuing to give the competitive advantage to those who already have the advantage. The headlines about ongoing acts of racism toward Black Americans have shed light on the systematic injustices that people of color have experienced for generations. Now, the conversation is shifting to the workplace and companies are taking action. Those companies that succeed, will be the ones that commit to creating an equitable workplace, opportunities for open and transparent communications, and a culture of advocacy.

“I alone cannot change the world,
but I can cast a stone across the waters to create many ripples.” Mother Teresa

Michelle Glover, CEO of Journey Unlimited, is a human resource professional with over 18 years of experience in leadership, coaching, change management, and HR strategy. In addition to this role, Michelle has recently been appointed Project Director for The EDGE; which empowers, educates, and inspires Georgia’s entrepreneurs.