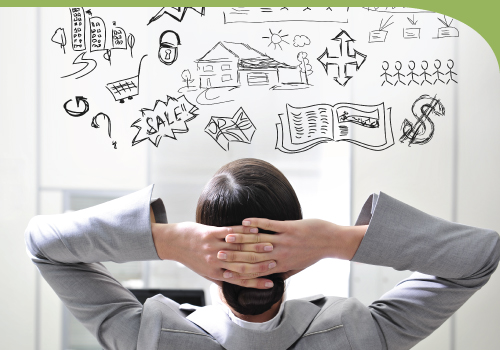 This year, over 100 million Americans will make New Year’s resolutions. And, 88 percent, according to researcher Richard Wiseman, will fail.

Why? Turns our brains aren’t cut out for resolution-ing.

According to recent research by professors at Stanford University and Florida State University, keeping resolutions requires a significant amount of willpower – an amount your brain can’t handle.

The pre-frontal cortex of our brains that handles willpower is like a muscle. It has to be trained to do heavy lifting.

(With career and family, a lot of us are already carrying a pretty heavy load.)

The key to keeping resolutions is to focus on shifting behavior, creating new habits. And, when you limit yourself to one or two things, you’re much more likely to succeed.

Your bucket list is a good place to start.

Last year, psychiatrist Carol Lieberman resolved to ride her horse in a challenging three-day equestrian event that included dressage, cross country jumping and stadium jumping. “And, I actually did it,” she tells PINK. “It was one of the most challenging experiences I’ve ever conquered.”

Publicist Angela Betancourt also had a transformative experience crossing an item off of her bucket list in 2013.

“I told myself I was going to go on my first humanitarian trip with a non-profit organization, a dream I’ve had since I was a teenager,” Betancourt tells PINK. And, in August, she traveled to Peruvian Amazon jungle with the Community Health Council, where she helped the poverty-stricken community of Belen.

Jen Smialek of popular blog the Happy Homeowner, took a solo trip around the world in 2013 – her largest bucket list item to date. “I had a short window of travel due to work commitments,” she says, “but I visited 13 countries in six weeks and literally circled the globe.”

It was an amazing experience that changed her life forever. “In 2014, I’m planning to do a road trip across the USA.”

It’s never too early to begin training your pre-frontal cortex for the New Year.

BONUS PINK Link: Why New Year’s weight loss resolutions are more than a matter of health for some women.

“If we wait until we’re ready, we’ll be waiting for the rest of our lives.” Lemony Snicket