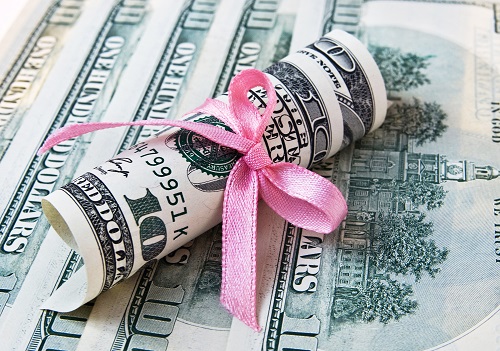 Credit Card Breach Scaring Us Into Only Using Cash January 27, 2015Featured, My LifeOff

Many small business retailers are foregoing the old, clunky behemoth cash registers of yesteryear. At one point in time, these registers were the only options that were readily available for most businesses. Times have drastically changed over the years, especially now that most people have the chance to opt for a state-of-the-art system. In most cases, this revolutionary system consists solely of a tablet computer in addition to a card reader that is directly attached. A quick scan of one such system offered by Shopify reveals that the eCommerce company has also decided to provide their customers with a competitively priced cash register. In addition to being a nod to those customers who insist on only paying with their greenbacks, the cash register also acts as a buffer in times of paranoia surrounding a breach in security of electronic transactions.

A Quick Shift in Attitudes
In early 2014, Target customers were rocked by the news that their credit or debit card information may have been compromised as a result of an electronic security breach. A subsequent survey by GFK Public Affairs & Corporate Communications and the Associated Press revealed that 37 percent of American agreed that they felt the need to plan to use their cash instead of plastic payment cards as they continue to head into the future. .

The survey results add to anecdotal accounts all over social media of people worried about getting their credit card information stolen and swearing to use cash more often in making future purchases. If anything, these recent accounts show just how much the debit or credit card has taken over the day-to-day monetary transaction.

Conducted just a week after the Target breach, the GFK-AP poll reflected just how panicked consumers were at the time. The survey found that nearly every other respondent said they were “extremely concerned” that retailers are having trouble keeping credit card information safe after an in-store purchase. Almost six out of 10 said they were just as concerned about retail transactions over the web. Keep in mind that identify theft and other cybercrimes are very dangerous, especially when it comes to any type of mobile web transaction or navigation.

Many large retailers are also collecting information about their customers, such as their email address and basic phone contact information. The actual survey was able to conclude that respondents overwhelmingly said a retailer who gathers this information is completely responsible for safeguarding it. The poll result is significant considering a system some are proposing that involves citizens being responsible for securing their own personal data.

A small business’s emphasis on cash could also open the door to telling customers that it isn’t interested in gathering their personal information. In a time when every major retailer seems to be asking for an email address or zip code, a non-intrusive, “old school” approach might be refreshing for consumers.

Target Breach Directly Changed Customer Habits, Drove Them Away
The aforementioned report was also able to reach the conclusion that the vast majority of respondents decided to take direct and immediate action after first hiring also found that many respondents took direct action once they have been educated and informed about the Target breach and its overall purpose. More than 40 percent stated in this survey that they had checked their credit report. On the other hand, well over 30 percent stated they had starting shopping directly at stores. These impressive statistics should actually alarm all retailers that quite possibly might be considering the risks that are involved. Keep in mind that having a mobile card reader attached to iPads may seem like a cool sign of modern technology to some customers. On the other hand, to many others who remain in criticism against this type of technology being used in this manner, they represent another way for criminals to get their hands on customers’ hard-earned money or credit.

Going Cash Only
Whether they were sufficiently alarmed by the possibility of theft or were victims themselves, many consumers have opted for a cash-only lifestyle, according to a story published by the New York Times back in February. The Times talked to Nicole McNamee of Germantown, TN, who said she went from using her card to pay for everything including $1 coffees at McDonald’s – to just using cash.

McNamee said she had started taking $100 out of the bank for cash purchases during the week. This might seem like an ordinary situation, especially when it comes to running low on funds. If that is the case, however, it is important to forego any purchases until you have been able to update the credit and debit card information that is currently on file. When McNamee followed the same pattern and the change caused her to have a new appreciation for the pennies and nickels she normally would have scoffed at during her card-wielding days.