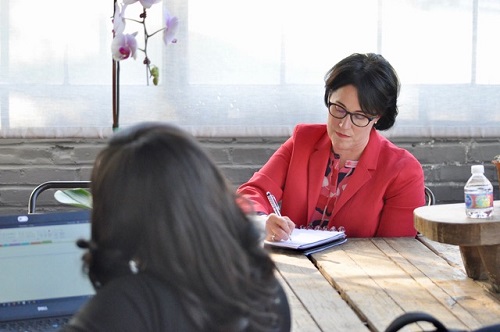 In 1963, feminist and activist Betty Frieden published The Feminine Mystique which is credited with sparking the second wave of American Feminism in the twentieth century (the Suffragette Movement was the first). Frieden’s National Organization for Women (NOW) was invigorated in the late 60s and early 70s by Gloria Steinem, whose hard-hitting articles in the publications she co-founded—New York magazine and Ms. Magazine—took aim at the lack of equality in the workplace. Along with Frieden, Congresswoman Bella Abzug and Congresswoman Shirley Chisholm, Steinem formed The National Political Women’s Conference, that became the call to action.

Decades later, women are reaping what early feminists sowed by finally cracking the corporate ceiling and succeeding in leadership positions, even in male-dominated industries. But along with great opportunity comes great responsibility, particularly when it comes to resolving conflicts.

Three women leaders at Southern Company—Kerry Hogan, director, billing and meter reading at Southern Company Gas; Melanie Sosebee, infrastructure operations director for Southern Company; and Rachel Jones, manager of the power delivery project management team at Georgia Power—share tips for successful conflict resolution, as well as details of actual disputes they’ve mediated. They also urge women to seek mentors, guides and coaches—people with whom they can be vulnerable and whose counsel and advice they respect. 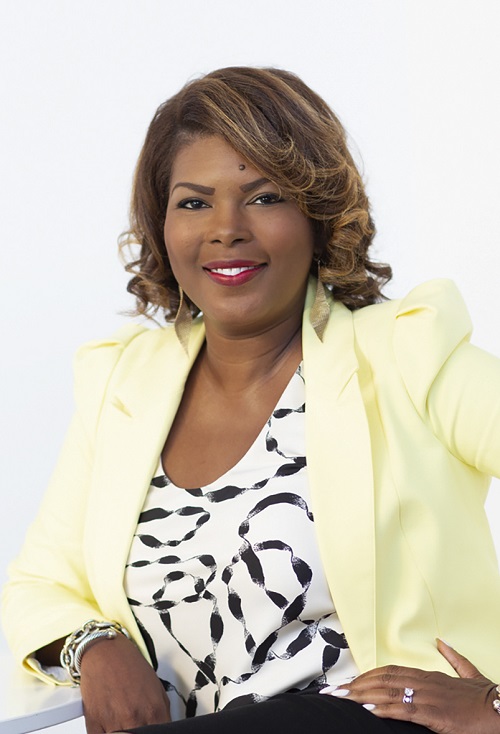 “There was a time when women thought that if we emulated the management style of men, we would be perceived as powerful,” says Kerry Hogan. “But it backfired. Women who pushed too hard watched their careers go up in smoke. Once we learned that by being authentic and true to our femininity and using our emotional intelligence, we were better able to become influencers who could bring opposing sides together.”

Hogan joined AGL Resources, now known as Southern Company Gas, as a financial audit specialist responsible for internal audit assurance and advisory services. In 2012, AGL acquired Nicor Gas Company in Illinois that necessitated the creation of a number of new departments. Hogan was tapped for a leadership role in the new Customer Information System (CIS) division on the operations side where her duties involved payment functions that generated over 33 million bills a year for 4.2 million customers across the company’s four-state utilities area.

Her first challenge was to create her own job description.

“I came into the company as a book worm but became an operations worm quickly,” she says. “Just six months later while I was still figuring things out, the company kicked off a multi-year consolidation project to streamline 20-year-old procedures. As soon as the changes were announced, I got pushback from stakeholders who had used the same methods for the decades and saw no reason for change. I was faced with the biggest conflict of my life.”

“To get fully up to speed with the old procedures, I asked a lot of questions. My methods were perceived as probing and were not well received,” she says. “Bad behavior doesn’t fix itself; it perfects itself, I knew I had to find a way to bring everyone together.”

Because the new system dictated the processes and the old ones didn’t fit, Hogan began by focusing on one procedure at a time. At meetings she asked: Was a particular procedure required by government tariffs, or was it just something they were comfortable doing? If it was the former, it would remain in place. If not, why was it so important to maintain? She also elicited suggestions to streamline procedures. Gradually, her team realized that there was value in what she was trying to do and that it would better position them for the future. As a result of her success, Hogan became known as a powerful influencer.

“Letting the data drive the decisions turned out to be far better method than laying down the law,” she says. “My team felt ownership in the decision process and became much more committed to their jobs.” 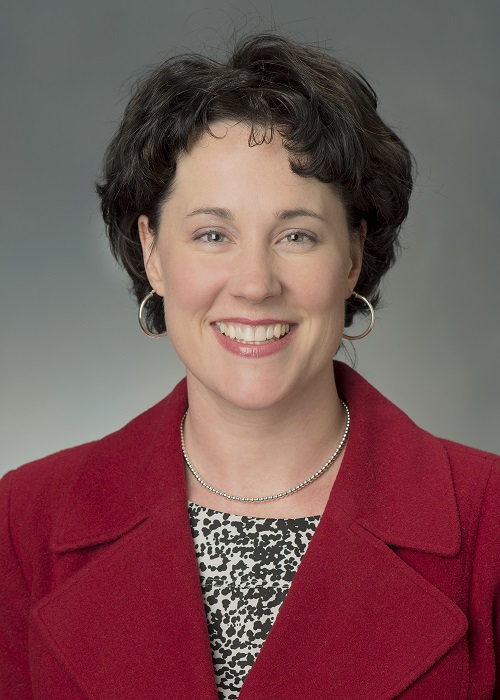 Melanie Sosebee, who serves as infrastructure operations director for the company, went into full alert when the National Oceanic and Atmospheric Administration (NOAA) predicted that Hurricane Dorian was heading toward the Georgia coast. But instead of putting on her boots and heading into the field, she took on the daunting task of coordinating, across a wide range of departments, IT readiness for the technology infrastructure which included detection, diagnosis and resolution of potential hardware and software failures.

As one of only nine women in a 177-person 24/7 organization, conflict is part of Sosebee’s world. “Since we all come at things from different angles, change is a necessity, and with change, comes conflict,” she says. “Everything is relationship oriented. If we can’t figure out how to navigate conflict, we’ll never succeed. The key is compromise, but it’s rarely easy. Sometimes you end up disappointed in yourself for giving too much; other times, for not asking for more. Balance is key.”

Sosebee admits that her natural inclination is to tackle issues head on and that learning to curb those tendencies wasn’t easy. “It can be frustrating when I see male counterparts operate in ways I’d love to, but I can’t because, as a female, I will be perceived as aggressive.” she says.

One of the most significant career conflicts arose after she moved into a frontline supervisory role at Georgia Power, implementing smart meters capable of measuring real time electricity consumption.

Her challenge involved changing operational methods and establishing new procedures across the electric system that, at the time, served 4.8 million customers. The goal was to find a way to combine different operational models for Southern Company.

“Most of my counterparts had been in the metering or billing areas of the business for their entire careers, so as a newcomer to my role, I was at a disadvantage.  I was also resented for asking questions and trying to make changes across multiple areas.”

It didn’t take Sosebee long to realize that she had to be mindful and find commonality rather than escalating issues through debate.

With one specific counterpart, she took a conciliatory approach and asked him why the current procedures were so important to him.  “Once we got past that hurdle, our relationship changed for the better and our joint efforts laid the groundwork for the way the company operates today,” she says.

Sosebee, who has watched both males and females navigate rough waters, says she never stops learning. “The way I handled conflict early in my career changed as I became a manager and still changes today as I learn to work with different leaders in the Company.” she says. “There is no magic bullet, but being flexible and making a choice on what to compromise seems to help manage through conflict.” 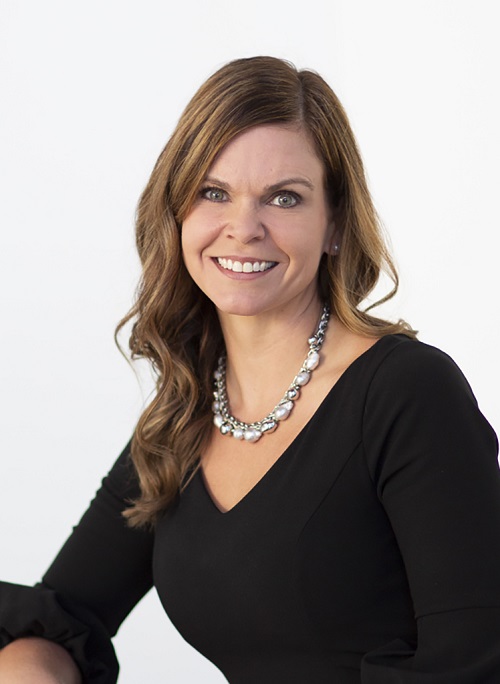 As manager of the power delivery project management team at Georgia Power, Rachel Jones is responsible for large power delivery projects from design to construction to completion. It’s a non-traditional role for a woman, but typical for Jones who has never followed a well-traversed trail as she scaled the corporate mountain.

“My grandfather was a lineman and my mother was a Methodist pastor—which was very unusual in its day—and both encouraged me to pursue the STEM classes I loved that would equip me for a career in the utility industry.” What surprised her was the pushback and conflict she encountered from some as the first female distribution engineering supervisor at Mississippi Power.

When she moved to a supervisory role at Georgia Power, her mentors warned her not to become complacent because it often takes longer for a woman to build a solid reputation than a man. “People take a wait-and-see approach,” she says.

Unlike some managers who avoid conflict, Jones views conflict as a positive—if it’s handled correctly and aggregates differing opinions. “When I’m approached by a team member with a complaint, I only get to hear one side, but there’s always more than one side to a story,” she says. “I’ve also found that it’s far better to confront an issue while its smoldering rather than waiting for it to flame.”  By seeking input from the person with the opposing viewpoint and then bringing both sides together, she helps them resolve the issue so both sides are pleased with the solution.

“When Georgia Power chooses to move in a new direction, it always pays to come up with a collaborative approach,” says Jones, whose duties include providing leadership for project managers and control analysts as they oversee the development and execution of Power Delivery’s capital projects.

“A lot of people took it as a negative, thinking that if Georgia Power felt the need to bring in an outside consultant, their work must not be valued,” she says. “I tried to put people at ease by explaining that we were trying to make procedures more efficient and effective and that impartial eyes were needed to help us move forward, but that we needed the expert opinions of our team to fully develop the new process.” Then she invited everyone to bring their ideas to the table so they could have meaningful conversations and find common ground. Compromising took some time, but the result was more buy-in from team members who had approached the process feeling unvalued and left with renewed enthusiasm to carry the plan forward.

But those skills didn’t come easily.

“When I’m stressed, I have a tendency to come on too strong and become an authoritarian instead of a mediator,” she says. Early in her career, one of her mentors took her aside and explained that, “If you are too direct and to the point, people have a different reaction than when the issue is approached from a more conciliatory angle,” she advised. “Use your natural skills as a woman.”

It was an aha moment for Jones who says she’s come to know herself. Now, even when she’s stressed to the max juggling multiple deadlines, wrestling with committee changes or dealing with family issues, she takes time to consider how her actions will be perceived before tackling them head on.

“Perception is key in everything we do at work and at home,” she says. “Recently, I began ordering groceries from a delivery service.  I was thankful to have the resources to spend a little extra money to save time, but I found out later that my 7-year-old son’s perspective was that nice people were bringing groceries to our house because we must have run out of money. I’ve learned not to jump to conclusions. She says when she is able to be “an influencer, rather than a dictator, I get the results the company seeks.”