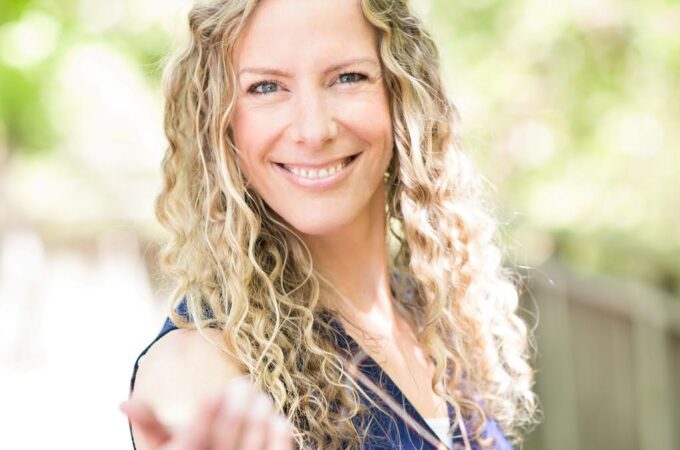 Do You Have the Imposter Syndrome? June 18, 2022Archives, Expert Blogs, PINK NotesOff

Hanni Berger’s life changed forever when she had a breast cancer scare. She remembers the day the news came in and how terrified she was. “I knew I had to do something radical.” And she did. She walked away from a high-powered corporate job and did little more than rest for months. “I stayed in my pajamas. I did a 7 day body cleanse.” After that cleanse and three weeks of rest, the lump was gone. “I realized getting rid of the stress worked.”

Hanni says a lot of stress came from her feeling like an imposter, that she wasn’t good enough. That’s when she launched her business JOYVAL, a group of professional health coaches who help high achievers combat stress brought on by things like the Imposer Syndrome, so they can embrace life changing health and wellness.

Do you ever think your success is due to luck? That maybe you aren’t up to the task? You’re not alone. According to the American Psychological Association, up to 82% of us have signs of the Imposter Syndrome. And it’s more common in high achieving women. Yes, that would be you.

First identified more than 40 years ago, The American Psychological Association says the “phenomenon occurs among high achievers who are unable to internalize and accept their success, often attributing it… to luck rather than ability.” They “fear that others will unmask them as a fraud.”

Michele Whitely, Loan Officer, HomeTrust Mortgage can relate. Many of her clients are multi-millionaires. “I was their trusted advisor, they came to me for financial advice and guidance and yet many of them have more money than I do.” She’s not alone. In a Pink Power Alliance Poll on the topic this week, 100% of those attending said they’ve experienced the Imposter Syndrome. Among those participating, UPS Director of Diversity Equity & Inclusion Sue Schmidlkofer, admitted she’s felt this way too.

Several attending weighed in being vulnerable enough to talk about it. Michele emphasized the importance of this saying she’s noticed a cone of silence, “I think like me, most women keep that secret insecurity to themselves or may only share with a mate or best friend.”

Danielle Jackson, FirstKey Homes, Manager, Diversity, Equity & Inclusion and one of the programs speakers, acknowledged experiencing this too when she began working in HR at a global hospitality company. When she received a big promotion internally, without even being interviewed, she says, “I doubted myself a lot. I became more reserved.” She added that since “showing up casually as myself got me the job, I had trouble rationalizing that I was enough.” In fact, 72% of those on the Zoom said “sometimes I don’t feel I’m good enough,” and “I worry others will realize I know less than they thought.”

How did Danielle turn things around? “I leaned on my circle of influence, mentors and sponsors, to push past the feelings of insecurity. I carry [their] voices with me today.”

Pink’s thought leaders emphasized the importance of “being aware of” these imposter feelings, talking with others about them, since then it loses its power.”

This is a big deal says Hanni, “We have 60,000 thoughts a day. 80% are negative and 90% are the same ones you had yesterday.” Hanni urges her clients to question that critical voice and evaluate if there is truth to it, or needs to be discredited. Attendee and featured Pink Coach Annette Tirabasso went further, emphasizing the “voice in your head is not a real person with real responsibilities.” Annette said, “Tell the bitch to shut up and go away.” Hanni advises clients to replace negative messages with positive ones. Too often she says, “We don’t see our gifts. Focus on what you do well. Celebrate that.”

Now, Michele Whiteley, who just took a new job with HomeTrust Mortgage reminds herself, “I add value and everything I do matters, even little things. I also make daily and weekly lists of things I am grateful for and focus less on what I don’t have.”

Danielle tells herself “feelings are not facts. Give yourself grace,” adding “I believe every day is a battle. You patch up the wounds, wipe off the blood and get back out there.”

“I don’t need to be the same as everyone else.. I just need to mother-cking love myself.”

Do You Have Voices in Your Head?

How To Manage the Voices in Your Head?

DON’T MISS THESE TOP BUSINESS LEADERS WHO WILL SHARE THEIR SUCCESS SECRETS!