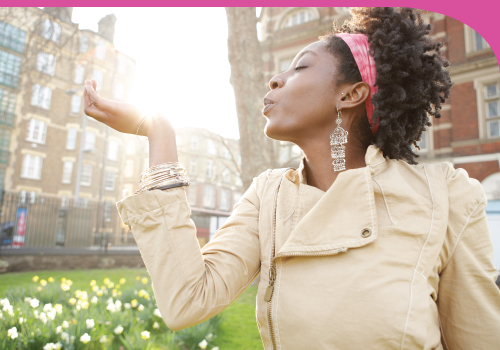 A first-quarter survey of start-up entrepreneurs’ confidence levels found a whopping 91 percent were “confident” or “very confident” that their companies would become more profitable in the coming 12 months.

Nearly half anticipate hiring more employees in that time; according to the April poll of nearly 2,000 CEOs by LegalZoom.

“Any natural entrepreneur is bursting with confidence, both in him- or herself and in the conditions they control,” says Sandler, author of “Wake Up or Die,” a comprehensive guide to the use of intelligence in the contemporary business environment.

In fact, she says, confidence is one of the five key traits shared by successful entrepreneurs.

“Entrepreneurs need risk to thrive, so believing in themselves and the people they’ve put in positions of responsibility is essential,” she says. “There’s no room for doubt and second-guessing yourself.”

Use your strengths to shine and hire people to handle the jobs that don’t play to your strengths, she advises. You’ll reinforce your own positive self-image and you’ll give those around you even greater confidence in you, which will help feed your belief in yourself.

Sandler, who has worked with Fortune 500 companies for more than 20 years and is a member of the global Entrepreneurs’ Organization, says true entrepreneurs (economic change agents, as she calls them) also share the following personality traits.

Passion
It can’t be developed through leadership training, but everyone has the capacity for it, Sandler says.

“It’s the source of incredible energy that feeds on one of our most powerful emotions and compels entrepreneurs forward with excitement and enthusiasm.”

A Fighter’s Instinct
The best fighters have studied their competition, identified their strengths and weaknesses, and used that knowledge to develop a strategy to beat them. They’re determined to give it their all whether they’re winning or losing.

“When things are going well, the entrepreneur who thinks the fight is over and he has won will quickly find himself knocked to the mat – just look at the Gola brand,” Sandler says. “Equally important is having the mental fortitude to keep fighting when you’re at the bottom, bruised and bloodied.”

Of course, “the fight” doesn’t involve punches or artillery. In business, it involves constantly assessing the competitive market and taking proactive measures to ensure your business holds the advantage.

Vision
Successful entrepreneurs are always thinking ahead – planning the future with imagination and wisdom. Having a vision means being able to manifest original ideas.

Strategic coaches can help you define your vision, if that’s not your strength. Sandler relies on worksheets to crystallize and drive the vision home, such as the BHAG (Big Hairy Audacious Goal) from “Mastering the Rockefeller Habits” by Verne Harnish.

“What you visualize will materialize,” she says.

Rebel
Entrepreneurs are agents of change; they predict the future by creating it.

“You can’t be content with maintaining the status quo, you must push the limits,” Sandler says. “Use intelligence to quickly and accurately identify – and act on – market trends. Dare to be different!”

She cites WattPad and specifically Allen Lau, founder and CEO of Wattpad. A compelling, thought-provoking entrepreneur, Lau has built the world’s largest community for reading and sharing stories.

The “big 6” publishing giants missed the idea, which Lau capitalized on, creating a social media platform that allows amateur authors to connect directly with readers. It hosts more than 5 million user-generated stories in 25 languages, with half a million new stories every month.

“Now, that’s a rebel with a cause,” Sandler says.

Not everyone was born to be an entrepreneur, she says.

“But if that’s what you believe you want, do an honest self-assessment. If you’re lacking in one of these traits, address it!”