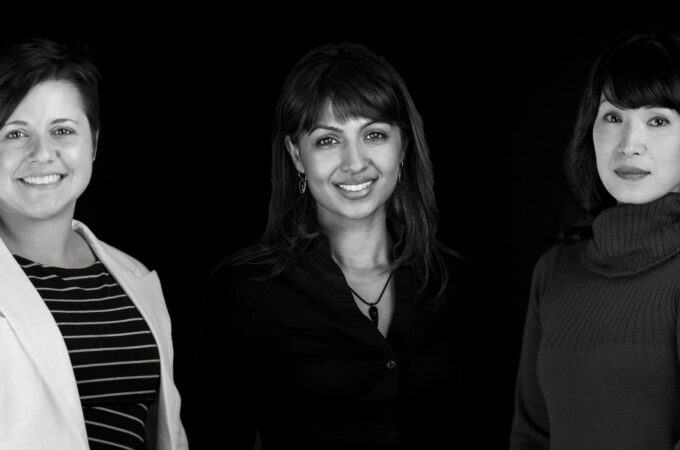 For International Women’s Day, Learn How the Women of tvsdesign are Breaking Barriers in the Architecture Industry While Balancing Work and Family March 5, 2020Featured, My Business, My Career, My LifeOff

It is no secret that architecture is historically a male-dominated industry. In honor of International Women’s Day (March 8), tvsdesign is highlighting the value their female leaders and principals bring to the firm.

At the helm of the firm is Janet Simpson, the first female president of tvsdesign since it was founded in 1968. Under her leadership, the firm is comprised of 47 percent women, with 25 percent of those women holding leadership roles. In addition to the president, the other top position in the firm, managing principal, is also held by a female.

Despite the company’s long history, Janet is only the third person and first female to hold the role of president at tvsdesign. Since stepping into the role just three years ago, Janet and her team developed a strategic plan leading to a refounding, completed in 2018—coinciding with tvsdesign’s 50th anniversary—this plan set TVS on the road to financial health, future growth and leadership within the industry.

Janet is also focused on shepherding other female leaders to the forefront and creating a culture where women can thrive. Doing this means helping women at tvsdesign balance work and family life and creating an environment which is not intimidating to come back to and accommodates parents after starting or growing their family.

Some of tvsdesign’s female leadership who has been in the trenches of some of the firm’s largest and most complex architectural projects in recent history weighs in on how women can balance career growth with a growing family:

Tips and insights from some of tvsdesign’s leading ladies:

Jeanie Lim, principal – Planning for your career and family: When it comes time to start a family, the planning period is exciting, but it can also be very overwhelming. Among the many decisions you must make, it is vital to not forget about planning in terms of your career. The trailblazing women of tvsdesign recommend proving your reputation and work ethic before starting a family. This allows you to gain rapport from colleagues that will in turn support you throughout your pregnancy, maternity leave and career. It will also be what allows you to thrive and feel fulfilled as an architect and designer after the kids are grown and out of the house.

Liz Heath, associate principal – Being open to change and adjusting to new roles: Sometimes your role on a project might change and that’s okay. Especially in the architecture field, when projects can last for years on end. Realize that taking maternity leave and adding new flexibility in your work schedule might affect your role in the project and it isn’t a bad thing! It’s alright to embrace new roles that allow you to contribute and succeed on a project as well as keep the flexibility that being a parent requires.

Sal Lalani, associate principal – The importance of flexibility and a company that recognizes talent: Flexibility is the key to success for the working mom. Whether that’s working from home, not traveling, or having flexible hours, the adjustability of their work is what matters most. It is also what allows them to still perform to the best of their ability. My colleagues at tvsdesign understand the soft skills. It’s not just about productivity and Facetime. We’re fortunate to work for a company that recognizes the rock stars and leans into what they can do for them. They value the exceptional talent, whether they’re a woman, mom, dad, young, old etc. and don’t want to let it go.

The diversity embraced and represented at tvsdesign is a testament to the firm’s leadership, dedication to inclusivity and to eagerness to really reflect the community in which the company lives and thrives, which is the city of Atlanta. Janet practices this inclusivity not just in terms of hiring a diverse staff, but also in day-to-day activities. She strongly believes what will propel the company into the next decade with strength and prosperity is to be openminded to thoughts and ideas from the entire firm, and this absolutely includes women.

By tvsdesign
Photo by Brooke Lark