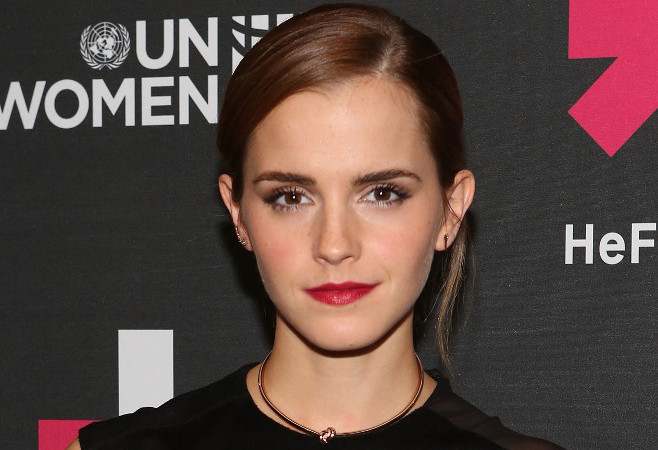 From Witch to Women’s Rights Activist September 23, 2014My LifeOff

Talented actress and Goodwill Ambassador for the United Nations Emma Watson gave an inspiring speech to the U.N. Saturday regarding the world’s view of feminism. As eloquent as she is clever, Watson expressed her support of gender equality in tactful, poignant words.

Most well-known for her portrayal as Hermione Granger, the brilliant and brainy witch in the Harry Potter movies, Emma Watson is speaking out and creating a buzz.

Watson spoke on Saturday as part of the launch of the HeForShe Campaign, a new U.N. initiative intended to globally involve men in ceasing inequality and violence against women.

In her speech, Watson begins, “The more I have spoken about feminism, the more I have realized that fighting for women’s rights has too often become synonymous with man-hating. If there is one thing I know for certain, it is that this has to stop.”

She goes on to pose a question, asking why the word feminist has become associated with discomfort. Through her own life experiences, she has found that feminists are labeled as, “too strong, too aggressive, isolating, anti-men, and unattractive.” This is a confusing stereotype for the true definition of a feminist is one who seeks gender equality.

Watson points out that gender inequality is an issue that affects not only women, but men, too. “I’ve seen young men suffering from mental illness, unable to ask for help for fear it would make them less of a man. In fact, in the UK, suicide is the biggest killer of men between 20 to 49, eclipsing road accidents, cancer and heart disease. I’ve seen men fragile and insecure by what constitutes male success. Men don’t have the benefits of equality, either.”

Watson calls for action from both men and women as we strive to reach gender equality. She believes that men and women should be equally free to feel sensitive and strong. In fact, she says, freedom is what the HeForShe initiative is all about.

Watson’s speech ends on a motivational note in which she shares the questions she asks herself when she feels uncertain: “If not me, who? If not now, when? If you cast doubts when opportunity is presented to you, I hope those words will be helpful.”

It is refreshing and encouraging to see a brave young woman take a risk and take a stand for feminism. Watson’s will to use to her great influence to deliver a powerful message is extremely commendable. Bravo, Emma Watson! From witch to women’s rights activist, we applaud you!

By Ariana Feiner
Photo by Getty Images for HeForShe Campaign

Ariana Feiner is an Associate Editor at Little Pink Book and author of Ariana Rose: A Story of Courage, a rhyming children’s book with an uplifting message for children with long-term illnesses and their friends.