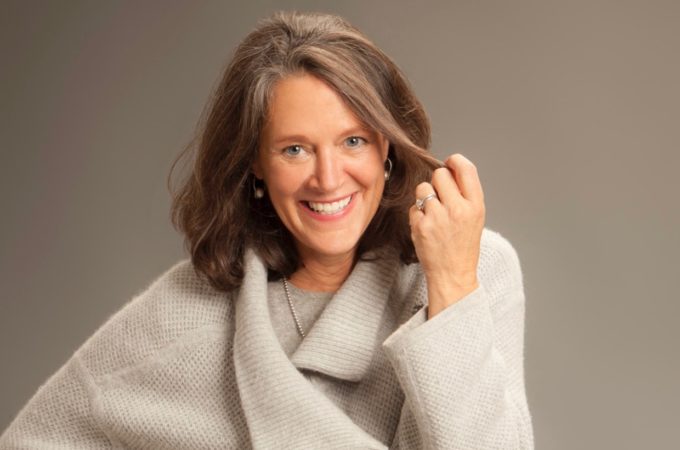 One Woman’s Journey – From Business – Back to Poetry January 10, 2019Featured, My Business, My Career, My LifeOff

The past is often prologue, but who knew it would take 40 years for my past to catch up with me! Like many teenagers, I wrote poetry. When I won a couple prizes, I actually toyed with the idea of becoming a professional poet (not realizing that very few people actually make their living from their poetry alone). Then I went off to college and majored in English Lit but didn’t find a mentoring environment. Over time, I wrote less and less until I didn’t write poetry at all for decades. Instead I poured my creative energies into my career as a public relations and marketing executive and raising my three children. That career has taken me all over the world and fueled a good life for me and my family.

I loved what I did whether it was starting my first agency at 23, serving as the European CEO for a global firm, or as the Chief Communications Officer for the Gates Foundation. The work was rich in challenges every day. While it wasn’t poetry, I discovered often I needed to find just the right word to stave, salve or solve a problem. Language can open so many doors. As I have found in my business career, understanding and putting the power of language to use can make a huge difference. Particularly across cultures. When I worked in Europe, I had a sticky management situation in Denmark. I had learned a couple critical cultural words for every country in the EMEA region. Hygge for the Danes is often translated into ‘creating a sense of cozy contentment’.  In business, it meant coming to a place of contented agreement. I watched a group of colleagues wrestle with the news that I was firing their country manager. As an American, I wanted to jump in and fix everything, but I knew the power of that one word, and I waited until they arrived at Hygge.

In my debut collection of poetry, Give a Girl Chaos {see what she can do}, I have a poem called “Crossing Borders” about the Israel/Jordan border and what once was a conflict zone. I had traveled to Israel in college. I then visited Jordan for an international women’s conference decades later. To visit both sides of a formerly hostile border with time between and later to dine with Israeli women who had crossed that border for the first time and to hear their words as they embraced their Jordanian counterparts was a profound experience. Poetry has given me words to express the world I have explored.

When I started writing poetry again a couple years ago, I finally discovered the language and the insight to understand my experiences. Especially, to examine and understand the chaos that I have lived through—personally, professionally and out in the world. The act of committing thought to paper helped me gain the ability to claim that chaos. As I wrote in the title poem for Give a Girl Chaos:

“ a girl who harnesses Chaos

O give a girl a little Chaos

see what she can do

Don’t bother to knock come on in

you are meant to be here

Chaos is the way in.”

In my years as an executive, a mother, a woman, I’ve learned that to confront challenges and own one’s chaos can be incredibly powerful. After all, according to Greek mythology it was the goddess of Chaos who gave birth to the universe. For me, the concept that out of chaos comes life, has enabled me to look at challenges with a different expectation. Instead of stress, I look for opportunity—what can I learn from this, where is this leading me? Writing Give a Girl Chaos led me down a new inspiring path. My hope is that as Give a Girl Chaos goes out into the world, it becomes the poetic guide to thriving in chaos for many others.

Heidi is Poetry Editor for The Adroit Journal, a New York University MFA student and author of the recently released, award-winning debut book of poetry Give a Girl Chaos {see what she can do} from Mastodon Books. Heidi has won or been shortlisted for nearly two dozen awards and published in numerous journals and anthologies and in a chapbook Finding My Way Home. She is on the board of Tupelo Press. www.heidiseabornpoet.com