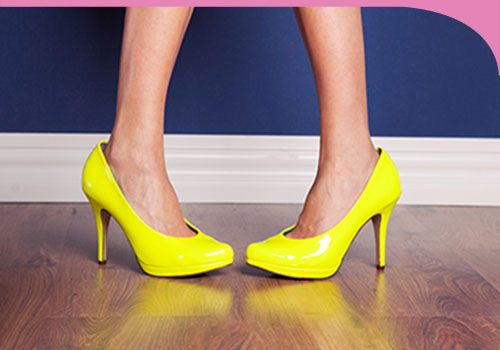 It is without doubt or question that the year 2013 was an overwhelming success for women. In December alone, we saw Marjorie Scardino take a seat on Twitter’s executive board and Mary Barra was named GM’s new CEO. To top it off, a pop-star named Beyonce’ just happen to drop an album with no marketing and sold one million albums in less than a week.

Yes, women are indeed moving and shaking things up in all industries. And they are not shying away from leadership. For so long, strong leadership has been marketed with the surrounding idea that you have to be tougher than nails, show no emotion and never show any weakness. These attributes have always been associated with men (although, there are women who possess these qualities as well). When women have displayed such qualities, it usually has resulted in some sort of negative feedback due to the double standards ingrained in our society of dichotomous roles. When men in leadership have displayed these qualities, they have been commended for strong leadership skills and even encouraged that the less emotion they show, the better for the bottom line.

During my time in corporate America, it was quite normal for my boss at that time to handle a situation without any compassion for those involved. But miraculously at the Christmas party held at his home, he was a husband, a father, a guy that had real feelings like anyone else.

Turning this concept of hardcore leadership completely on it’s head is an article that was published by Forbes Woman this week. The piece was titled, Leadership is About Emotion. The article details how the true face of leadership is filled with the attributes of emotional intelligence, honesty, continued learning, and collaboration just to name a few. The piece was not targeting women as the only suitable candidates for leadership, however after reading it, I couldn’t help but to think how the qualities listed were things that come naturally to most women.

Women are natural nurturers who delve into our emotions and instincts to make most major decisions,work with people and maintain relationships. While this may not describe all women, a good majority of them know how to transcend a task or project at hand and really tap into the emotions of a co-worker, subordinate or even the community they’re in. Women lead courageously with emotion and thought that is unparalleled.

It’s high time that women can hold positions such as an executive board member, CEO, VP or anything else they aspire to be while still holding onto the innate skills, abilities and talents that come naturally to them. No longer should they try to change who they are or “toughen up” in an attempt to be something inauthentic. When you are strong and brave enough to be aware of not only your emotions but the emotions of others and respond accordingly, that is when you are truly ready for leadership.