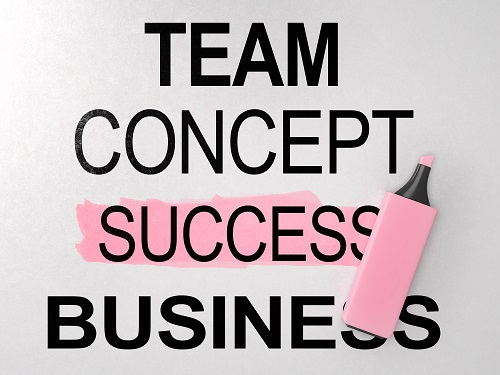 The top 10 emerging trends to look out for in the year ahead that will impact entrepreneurialism, innovation and the consumer landscape overall:

1) Sound will continue to emerge as the new word, with the audio headphone industry surpassing the $8 billion mark. This shift will continue to percolate with new business models that make sound experiences more accessible and streamlined (Pandora purchase of Ticketfly) along with TV shows built off of audio experiences (Serial the podcast becoming a TV show) As the paradigm shift continues, radio will continue to experience a renaissance period and will potentially reemerge as a centerpiece of marketing strategy, as opposed to an ancillary component.

Audio text messages will surge as well with new apps and technologies appearing to amplify this trend. We may also be able to look out for binge radio on the horizon. In the year ahead, ears will continue to become a critical canvas for expression and monetization.

2) Emojis will become their own language and among the most powerful forms of expression. Last year we witnessed customized emojis by race and a multitude of expressions. This year we will see more brands embrace emojis to heighten their brand experiences (i.e. Facebook expanding from just thumbs up likes to emojis that express everything from humor to amazement.) Additionally, it is likely that books, ads, GIFS, memes and other vessels of communication will be conveyed in full on emoji language. The recent translation of Moby Dick into complete emoji text is a clear harbinger of this trend and something marketers and consumers are sure to see more of as we move into 2016.

3) The sharing economy will continue to explode but will move away from the notion of “altruism” to profiting for the many and not the few. We will see a continued push towards sharing business ecosystems that embrace the we instead of the me and provide value and benefit to the communities they operate in as a whole.

This idea of businesses benefiting themselves, the consumers they serve, and local people seeking freelance employment, will become more evident and an obvious sign of the permanence of our new Uber X economy.

The sharing economy will also continue to identify new untapped pockets of opportunity that can benefit from sharing and also potentially serve a greater or “social” purpose. Nimber which seeks to facilitate the ability to transport and deliver cargo of all shapes and sizes based on currently available “unused” space is a great example of this trend. It is also offers great insight into the type of offerings we will see a maturing sharing economy crank out in the weeks and months ahead.

4) Questions will continue to circulate about the long-term viability, efficacy and safety of the sharing economy as traditional businesses continue to be threatened by new collaborative commerce insurgents, and puzzled politicians on the campaign trail.

However, as the innovation of our new economy continues to help transform society for the good, it is inevitable that regulation will begin to keep pace with innovation, providing the political infrastructure required for America to recapture its leadership foothold on the global stage.

As a result more and more sharing economy businesses will arrive, and more and more opportunities to go freelance will materialize. As a result, a new crop of entrepreneurs and business leaders will appear to help guide us toward a brighter future.

5) As sharing economy challengers continue to emerge, they will begin to push market insurgents to finally begin to disrupt themselves in response to the recent tectonic shifts in the global economy. We have seen this for example with hotel players Hyatt and Wyndham creating challenger brands (onefinestay and Love Home Swap) to rival sharing economy stalwart Airbnb.

As this new paradigm shift ensues, we will see a mix of old and new economies leading the era of collaborative commerce forward and new consumer offerings provided across the board that reimagine what is possible in a given market niche.

This push will place a premium on small batch offerings and we will continue to see the notion of all things bespoke impact everything from alcohol (customized engraved Knobs Creek Whiskey bottles) to Amazon (new Handmade at Amazon marketplace).

6) As singular focus and the ability to produce unique and bespoke niche services rises in importance, companies small and large will communicate a laser focus on singular centered innovation. We have seen this across the board in sharing economy companies focusing on one thing only (Uber-card, Postmates-delivery, Handy-home repair) but we will also see this trend continue to emerge among market incumbents.

With behemoths like GE and P&G jettisoning billions of dollars in business assets this year alone to return to their historical cores, it is likely that these moves are strong indicators of the type of market activity and consolidation we can expect in the 2016.

7) As multinationals work to adapt more streamlined focus in the year ahead to drive growth, it is also likely that investment in traditional markets like the US and Europe will continue to stall, as investment dollars move to emerging markets.

The economic center of gravity will continue to adjust from West to East in the process and growth in emerging regions like Africa and the Middle East will flourish. This will help catalyze the rapidly growing first ever global middle class, making the market for accessible luxury explode as a result, as well as democratizing the opportunity for global entrepreneurship.

As competition to produce the next big thing intensifies, the search for sharing economy “unicorns” will also continue to surge. As the thirst for these new tech companies valued in excess of $1 billion intensifies, valuations will soar, and a potential tech bubble may ominously approach. On the flip side, new innovation in the area of things as exciting as self-driven cars and wellness technology will proliferate, making 2016 yet another extremely exciting year in tech and disruptive ideation.

9) The growth of the global foodie market will continue to soar as cuisine continues to emerge as among the most favored areas of individual and artistic expression. As a result, cuisines from far reaching areas will become en vogue, so look out for things like the return of Hawaiian cuisine (currently being called the Maholo effect) and the arrival of new delicacies from emerging regions like Africa and the Phillipines taking center stage. The wellness trend cited above will also show its face in the food space and as a result the QSR sector in particular will see a shake up with former market giants like McDonalds, Dunkin Donuts and Chipotle taking a hit, and organic, community focused organizations like Sweet Greens, Freshii and LYFE Kitchen taking rising in both value and significance. These trends, while currently residing in food are also likely to take shape across many other components of the consumer landscape as well, giving the adage of we are what we eat a whole new level of meaning!

10) 2016 will bring with it a new year of course, but also a new generation of focus. For the first time in the year ahead, it will be Generation Z that begins to take center stage. With a population that will dwarf Millennials, marketers are already seeing the buying power of this demographic as they begin to share their voice on everything from technology to apparel. With 100 percent of this generation connected on line, the ability of this group to influence public opinion is enormous.

Also, as this segment has never lived in a world without war, issues like cyber bullying or technology for that matter, they emerge as an extremely purposeful driven demography, far more solution oriented than their Generation Y predecessors. This trend dovetails well with the palpable shift of global business to continue to more purposefully profit, which is something we will most definitely see more of in the year ahead as well as the era of “branded government” continues to materialize.

Additionally as the voice of Generation Z, already known as the “Limitless Generation” continues to take shape, a more empathetic as opposed to self-serving tone also emerges. This shift also ties to another trend to look out for in the year ahead, which is the notion of empathy emerging as among the world’s greatest currencies.

Billee Howard is founder and chief engagement officer of Brandthropologie, and president of Mojo Risin Studios. She also founded Eleven, a national women’s network with the mantra ‘United We Rise United We Stand, and The House of We dedicated to the new sharing economy. She began her career at age twenty-two as press secretary for the president of the Philippines, and subsequently worked at the world’s largest PR firm, Weber Shandwick and joined Allison + Partners where she launched the Brand Innovation Lab. Howard has her first book debuting December 1 from Penguin Random House: “We-Commerce: How to Create, Collaborate, and Succeed in the Sharing Economy” ­will be available in bookstores and on Amazon.com. Contact her at billee@brandthropologie.com with questions and/or comments.