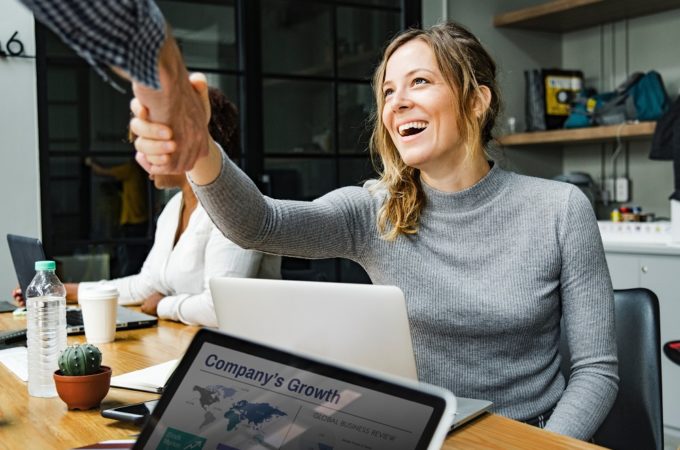 Women Entrepreneurs: Why Getting a Small Business Loan is So Difficult January 29, 2019Featured, My BusinessOff

If you’re a woman entrepreneur, then we have some good news and bad news. Let’s start with the positive, and then we’ll work our way towards the dark side of the force.

First off, women like you are not just important to the country’s economic health, but you’re vital and leading the way. Forbes reports that an estimated 36 percent of all businesses are now owned by women — which is a jump of 6 percent from 2007. And Entrepeneur.com reports that women entrepreneurs were responsible for creating around 5.5 million new jobs in 2018, of which about 4.8 million were in small businesses.

However, as noted above, there is a bleak side to the story as well. Researcher Joyce M. Rosenberg crunched the numbers, and found that women entrepreneurs are systematically prevented from getting small business loans due to the biased and skewed credit rating system: one that inherently works against women who sacrificed their career aims in order to raise their family.

Most of these women — who ironically are the financial decision-makers in their household, and are far more prudent with money than their husbands — have relatively low credit scores, simply because they do not have an extensive work history, and because mortgages, car loans and credit cards were taken out under their (higher credit scoring) husband’s name. And as a result, their small business loan application is dead on arrival. Banks treat credit scores as sacred, and a FICO of less than about 650 is a non-starter.

Fortunately, some banks — certainly not most of them, but a few — are realizing that systemically barring women from small business loans is both bad manners and, indeed, bad for the bottom-line. Simply put, women entrepreneurs can be (and usually are) very profitable and reliable customers.

At the same time, there are companies in the so-called “alternative lending marketplace” that are striving to fill the small business funding gap. These lenders take credit scores into consideration, but they look at other factors such as well, such as whether the business is at least one or two years old, and there is a track record of revenues (not necessarily profits).

However, the interest rate that these firms charge tend to be significantly higher than banks. For example, a woman entrepreneur that launches a business sign company (e.g. banners, channel letters, subdivision entrance signs, etc.), and who has a credit score in the low 600s, is almost certainly going to get turned down by a traditional bank. But an alternative lender might offer a working capital loan of $50,000 at a rate of 15 percent.

Ultimately, we are a long, long way towards a level playing field for men and women entrepreneurs. But there are some small cracks in the credit rating system, which is (finally) being recognized as inherently biased against women. If this awareness grows and lawmakers demand that banks to the right thing, then we may one day reach a point where this imbalance is talked about in history books — not in articles like this one.