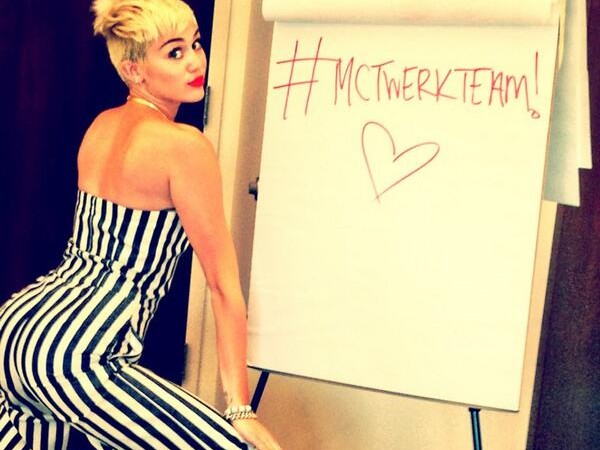 Like it or not, the former Disney star worth an estimated $150 million has the world’s attention. And twerking on live television during the MTV Video Music Awards is what has everyone buzzing.

As we prepare for our ninth year of hosting some of America’s most powerful women in business at our Annual Fall Empowerment Event, in Atlanta on November 12, 2013, we’re clear that there are lots of women worthy of role model status and our admiration.

Cyrus is not one of them.

With still so few women at the top in corporate America and the entertainment world – they’re all under a microscope.

The pressure is brutal.

Cyrus has had the business world’s attention since the show Hannah Montana’s blockbuster success put her on the map. The soundtrack hit No. 1 on the Billboard 200 in 2006 and her next album debuted at the top of the charts.

Of late, the attention has not been good. Forbes called her performance “horrid” and said she’s “utterly without talent and interest.” But the ratings tell a different story.

Her twerking is trending on twitter and topping news coverage from social media sites to the network evening news. Exposure sells albums. A reported 300,000 tweets a minute can help.

Her handlers may be playing on her gone bad image. But – we at PINK expect more. To whom much is given – much is expected.

She is also missing the opportunity to leverage her stardom to do more than sell albums. She has a chance to make a real difference – to empower young women to excel and do work they love while being proud of who they are. We hope she realizes the power she has to create a legacy.

We want to see her join the community of women making a positive difference in the world as they do what they love in their careers.