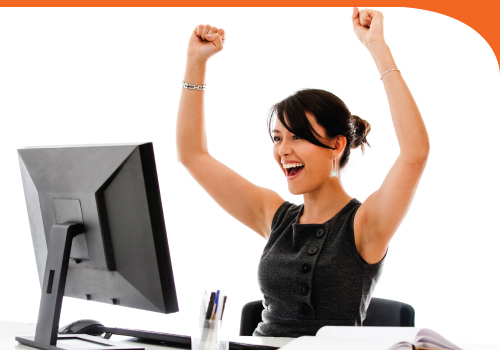 The old saying says there are only six degrees of separation between you and anyone else on the planet. But, we’ve learned (and LinkedIn has reinforced) that there are really less.

In fact, research by Facebook scientists and the University of Milan shows the average number of acquaintances separating any two people in the world is not six but 4.74.

So, how important are connections? Very. How beneficial can a strong network be to your career? Very.

And, here’s what you can do to make yours stronger.

Cultivate and invest in those relationships first. Even if you feel like you don’t need to network, you do. You never know when you’ll need someone to make an introduction.

And, it’s improper to ask someone for help when you’ve not spoken to her in ages, but now are doing so simply to ask for something.  Remember, relationship building is best approached with a how-can-I-help-you mentality rather than a what-can-you-do-for-me mindset.

What need does someone else have and how can you use your resources to fill that gap?

As you begin to set up lunches or meetings with your contacts (new or old), try to listen more than you talk.  Everyone loves to be heard, so take this opportunity to ask great questions; build rapport.

If your contact mentions something big coming up (say a birthday, anniversary, promotion or travel) make a mental note to follow up and ask how that went or send a nice note their way.

It’s the small things like this that make lasting impact and show people that you care.

BONUS PINK Link: Still waiting on that big promotion? See which internal barriers may be holding you back.

By Darrah Brustein
Darrah is the co-founder of Equitable Payments, a merchant services brokerage, and author of Finance Whiz Kids, a series of kids book that teach the basics of financial education.

“I define connection as the energy that exists between people when they feel seen, heard and valued.” Brene Brown