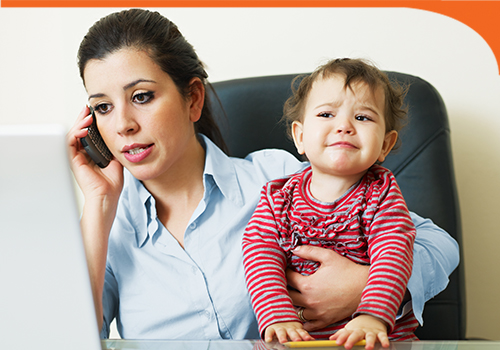 Trickle Down Feminism March 6, 2013My CareerOff

Fifty years after The Feminine Mystique, “the problem that has no name” remains nameless for most working women.

Except men aren’t the culprits.

Many had hoped the de facto princess of feminists, Yahoo! CEO Marissa Mayer would demonstrate leadership that reflects the needs of working mothers.

But her decision to ban telecommuting and bring employees back into the office has a lot of working mothers fuming.

“I think it shows a lack of maturity. In 10 years she’ll regret it,” says one PINK reader.

“I wonder what would happen if my wife brought our kids and nanny to work and set ’em up in the cube next door?” asked a husband on AllThingsD.

His wife, a Yahoo employee, will no longer be able to work from home come June.

It’s hard for women leaders like Mayer, a new mother with a net worth of nearly $300 million, CEO status and a nursery built into her office, to relate to the struggles of everyday women trying to climb the ranks of corporate America.

Fallout from her directive speaks to economic division within the women’s movement.

In the 1960’s, it was minority women who felt excluded. Today, it’s a class issue.

Feminist pioneer, Gloria Steinem, in the recent PBS’ MAKERS documentary says, “Women can’t ‘have it all’ until there’s equality.”

If working mothers can’t expect trickle-down feminism from top-ranking women, where is the hope for equality?

Do you feel disconnected from the women’s movement?

“I don’t believe in balance, not in the classic way.” Marissa Mayer