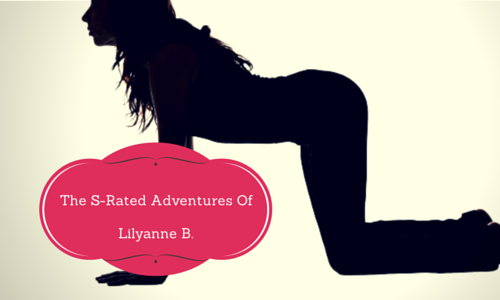 Fall is here. The cottage vacation last month was an amazing and rejuvenating break, but Lilyanne B.’s house has returned to its pre-summer fray. Teague is back to school (Thank God for that; if she had to hear “I’m bored” one more time, she would consider sending him to boarding school, claiming she had misunderstood his complaint). Now in grade 3, Teague was old enough to help pack his lunch and backpack which was a positive. But now in grade 3, he was also developing a barbed tongue and Lilyanne found herself Googling parenting advice every night, only to somehow and very mysteriously end up on celebrity gossip sites.

The fish fry had been a great success. Important client Evelyn F. was impressed with Lilyanne’s work and had recommended her to a colleague who was running a not for profit fundraiser. It was a gala to raise monies for underprivileged politicians. Apparently, new important client Jim R. felt that all politicians should be given a second chance – those that had cheated, sexted, snorted, embezzled and who had resigned (a minority of the overall group quite honestly) and who wanted a new lease on life found themselves floundering. Lilyanne B. wasn’t confident that the public would be willing to give to this cause, but she always liked an exciting challenge. Plus, it could definitely boost her profile out there.

With approximately a dozen clients on the go, a busy household where dinner was too often comprised of whatever could nuked in less than 20 minutes, and a child gearing up in school in his extracurricular activities, Lilyanne B. could feel the invisible noose tightening around  her neck. She loved being busy and was excited by her career – she had worked hard. But somehow, life felt a little bit too much like a runaway train and she was the poor circus tramp trying to jump into an open boxcar.  Every fall, it seemed that September heralded an inevitable tumble into chaos; it felt more like an explosion than something terribly pleasant. But what could she do? This was her life…there was barely enough time to comb her hair.

One day, as Lilyanne was heading into her 6th cup of coffee at her favorite local coffee shop, she started tuning into a conversation in front of her between two women. The two were talking about a Pilates class they had attended the night prior. They were discussing it in a truly animated fashion and clearly enjoyed their session.  They discussed some of the new positions the instructor had introduced, and how their glutes and abdomen were now crying out for help.

Lilyanne’s immediate reaction to this was “well, they obviously don’t have a business”, until she heard them discuss some high level board talk she didn’t understand. Her next reaction was “well, they obviously don’t have kids” until one pulled out her phone shared photos of her three kids on a recent outing. Her final and grasping reaction was “they’re not busy like I am”, until they moved onto some charity involvements they each had.

It was like Lilyanne was hit with a virtual version of the over social media-ized ice bucket challenge in the middle of the coffee shop. Why wasn’t she taking this time for herself? What made her so different and too damned busy? Why wasn’t she putting her health up there as a priority? At this point, feeling invisibly drenched by cold water, Lilyanne interrupted the womens’ discussion and asked them where they took their pilates lessons. The women were very friendly, offering her a website to look into.

Lilyanne B. left the shop with her 6th cup of coffee – the instant energizer and current Pilates replacement — and knew that she was going to sign up. She could make that time for some positions other than standing in a coffee line up, running up and down stairs at home, and sitting at her desk.

Moral of the Story: Look at your beyond busy schedule and figure out one thing you can do that connects you to yourself. You absolutely can take that time — do it.