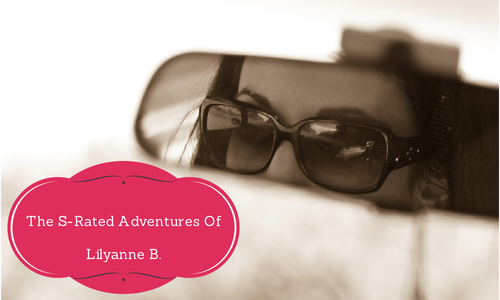 Lilyanne B’s Encounter With A Stranger July 21, 2014Laughing Out LoudOff

Lilyanne B. is running late for a meeting with a client one morning. Well, in actuality, she is running late more often than not. It is not easy pulling her eight year old son Teague out of bed every day (the name ‘Teague’ was her idea and she’s certain that he will be a lawyer with this name. That, or an adult film star). Further, it is muggy out as of late, and her hair is recognizant of the hairdo’s sported by the 1970s castmates of Welcome Back Kotter. No matter how much snazzy New York City famous hairstylist goop she spreads on, the hair springs up. And not in a curly, sassy, Sex and the City manner.

Nonetheless, she is in the car and heading to see Important Client Evelyn F. who has hired her to produce THE biggest fish fry in a town with population 1,200 this world has ever seen. As proprietor of Lilyanne B’s Knees (Lilyanne chose this name because she wanted to simultaneously play off her name that starts with a “B” and suggest that her events planning skills are the ‘bee’s knees’), Lilyanne B. is very busy with events work and has established an almost spotless reputation with clients (other than the punctuality issue).

Lilyanne reaches a red light as she heads out of town and takes the opportunity to examine her lipstick in the mirror. Disgusted at the sight of very faint wrinkles forming around her lips, she curses audibly and rolls her eyes to the heavens above. It is a very blue sky and there are puffy clouds pleasantly chugging across the skyline. As she looks up, Lilyanne notices a beautiful hawk sailing on the thermals, with something clutched in its claws (with a tail). From her vantage point, she can’t see what is in the bird’s grasp. But for that instant, Lilyanne is mesmerized like a child. Wow, there is life outside of that car! Wow, there is a sky up there! Wow, that is savage nature in action!

For some reason, Lilyanne looks in the rearview mirror and sees a man in the car behind her. And to her delight, this man is wrenching his neck, looking up into the sky as well. He is squinting, trying to see what the hawk is up to. Lilyanne turns around briefly in her seat and smiles at the man behind her. And he smiles back. They simultaneously point to the sky and shrug as though to say “I have no clue what that bird has in its giant talons.”

And then the moment is over. Lilyanne is facing forward, the light is back to green, and she is back in her brain thinking about her meeting with Evelyn F. And, yes, she even entertains a short fleeting thought about what she can do about her hair and emergent wrinkles.

But mostly, Lilyanne B. feels a kind of happy buzz or calm filling her up. She keeps recalling that shared smile with the man behind her. She knows they had a moment, both noticing something outside of the urgent routines of their respective days. She also feels glad to have seen the beautiful hawk, not for the pitiful, dying, bloodied creature squeaking in its hold, but because it’s a reminder that her life extends beyond the $#*^& hair and wrinkles and, yes, even Important Client Evelyn F.

Carolyn Parks is Publisher of  SlowStruck.com, a lifestyle site brimming with ideas and inspiration on how to take time for the ultimate rush. Visit her site to read posts by talented contributors in areas of relationship, career, food, leisure, health and wellness and more. She can be found on Twitter (@SlowStruck) as well as on Facebook, Google+ and LinkedIn.